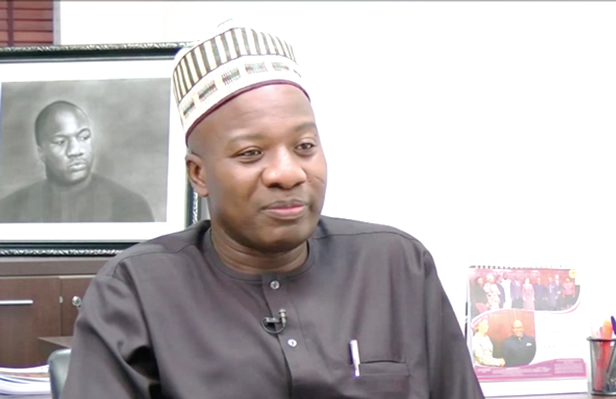 Parliament has rejected the motion for the House to resolve to request the President to take urgent steps to absorb the fees of students of public tertiary institutions for the 2020/2021 academic year.

The motion also sought to extend support to accredited private universities as part of the national COVID-19 alleviation measures being implemented by the government.

The vote against the Private Member’s motion came after the end of a lengthy debate by the Minority and the Majority legislators after which the Speaker called for a voice vote which saw the Majority having their way.

The Majority had objected to the motion and called for its outright rejection since it was “incompetent and unspecific” which fees could be absorbed, but the Minority said it was of public interest to support students and parents to cushion them against the impact of COVID-19.

The motion was first moved on January 20, 2021 by the National Democratic Congress (NDC) Member of Parliament for Bawku Central, Mr Mahama Ayariga, who requested the President to consider the impact of COVID-19 on businesses and individuals.

“When government absorbs the fees, which are being charged by public tertiary institutions, students and parents still have a significant chunk of cost to bear in terms of transportation, accommodation and materials,” he said.

Last Tuesday, the Speaker of Parliament, Mr Alban Sumana Kingsford Bagbin, ruled that the earlier motion filed by Mr Ayariga, which called for the suspension of fees and miscellaneous Provisions Instrument, 2019 (LI 2386) for the 2021 academic year, was competent and relevant as it bordered on public interest.

He, therefore, directed Mr Ayariga to consult his colleagues in the Majority to reshape the motion’s text so that he could bring it back to the House as consensual motion.

Consequently, the leadership of both sides met and discussed and agreed on a new text for the motion after which Mr Ayariga submitted the new motion to the House.

However, arguing out the new motion, the Majority MPs considered the motion as still being vague and urged the House to vote against it but Minority described it as relevant and urgent.

The Minister of Information designate, Mr Kojo Oppong Nkrumah, said as part of his interventions to cushion Ghanaians against the impact of COVID-19, the President caused central government to pay the water and electricity bills of Ghanaians from April 2020 to March 2021.

He also said the President extended insurance packages of 50 per cent of salaries for health workers and waived taxes on income for them as well as provided stimulus for businesses.

On the concern of whether the House could make a request by resolution to the President to absorb fees of students, he concurred that the President could do so but the request must have some standards.

In his view, the motion did not meet the best standards as it was ambiguous, discriminatory and encouraged illegality.

He said the motion named no specific fees that must be absorbed for students of public universities and that it discriminated against students of private universities since they would not enjoy the same support from the President.

Not priority for Vice-Chancellors

Contributing, the Minister of Education-designate, Dr Yaw Osei Adutwum, told the House that when he spoke to a number of vice-chancellors of public universities, they said the absorption of students’ fees was not a priority for them.

“On the scale of preference, they said this is not what they are going to ask us to do for them,” he said, adding that 70 per cent of students who had been offered admission to the University of Professional Studies, Accra (UPSA) had paid their fees and were in school.

We must support students, parents

The Minority Leader, Mr Haruna Iddrisu, questioned why the President could not support what the MP for Bawku Central said was to aid students and parents who had suffered distress as a result of the pandemic.

Responding to the concern that the absorption of fees of students of tertiary institutions and the extension of support to students of private universities would amount to discrimination, he said the Free Senior High School programme, the flagship of the President, was limited to public schools.

Thus, he said the President was in breach of Article 17 of the Constitution and “is a candidate for not respecting the law.”

On the argument that the motion had not made any fiscal impact analysis in line with Public Finance Management Act, he said when the Minister of Finance came to Parliament for the financial sector clean up of banks, which led to an expenditure of GH¢23 billion, and the government suspended the payment of utility bills, he did not present any fiscal impact analysis to the House.

He told the House that the budget for 2021 had not been passed yet but if the House resolved, in consonance with the motion moved by Mr Ayariga, the House would make appropriate budgetary allocation to absorb the fees of students.