Over 8,000 CSOs unable to renew permits 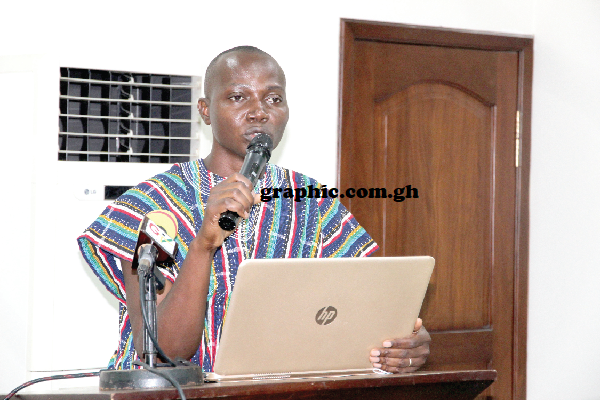 Out of 9,251 civil society organisations (CSOs) registered with the Department of Social Development (DSD), only 788 of them renewed their operating permits last year, the latest Ghana CSOs Sustainability Index Report (Ghana CSOSI) has revealed.

The report suggests that more than 8,000 CSOs across the country had either collapsed, were dormant or operating without permit.

Presenting the findings of the report at a press conference in Accra yesterday, a Development Consultant at the Institute of Democratic Governance (IDEG) and Author of the Ghana CSOSI Report, Mr Douglas Quartey, attributed the situation to what he described as a strict registration process.

He said the bureaucratic procedures involved in securing permits burdened the CSOs financially and made it difficult for some of them to register.

“In the past, it was very easy to register, but now because of the checks that have been put in place, it's becoming a challenge. After registering the organisation, you have to go to the DSD for permit and that comes at an extra cost which is a hindrance to some of the smaller organisations,” Mr Quartey said.

He added: “One of the ways to check whether all these CSOs are still in existence will be after ­the Registrar-General expunges the names of organisations that are not filing their annual tax returns.”

CSOs call on stakeholders to commit to peaceful polls

The report scored the country 6.0 points in its financial viability assessment, which implies that “the sustainability of CSOs in Ghana on that score is impeded.”

Mr Quartey said unlike South Africa where corporations provided nearly a third of all funding to CSOs in 2019, corporate support to CSOs in Ghana “is modest and narrowly targeted”.

He also said most foreign donor agencies had reduced their funding to CSOs due to changes in their priorities and programmes.

“For example, the Danish International Development Agency reduced its aid from approximately $19.7 million in 2018 to $3.7 million in 2019, as it has shifted its priority to trade, thus ending its funding to STAR-Ghana as well,” Mr Quartey said.

A Senior Research Fellow at IDEG, Mr Kwesi Jonah, expressed concern over the continuous decline in donor support to CSOs and called on the government to establish an independent funding agency to support the activities of CSOs.

He described as dangerous the heavy reliance on foreign donors to sustain the operations of CSOs, cautioning that the important role played by CSOs in safeguarding the country’s democracy could be undermined “if we don’t seek sustainable alternatives”.

“We don’t get any support from the government. I think the time has come for our own government, if they appreciate the contribution we are making to democracy, to say that every year, a small amount of money would be given to the CSOs, after submission of proposals to compete for the money. Alternatively, the government can set up a basket funding and encourage businesses in Ghana to also contribute,” Mr Jonah further suggested.