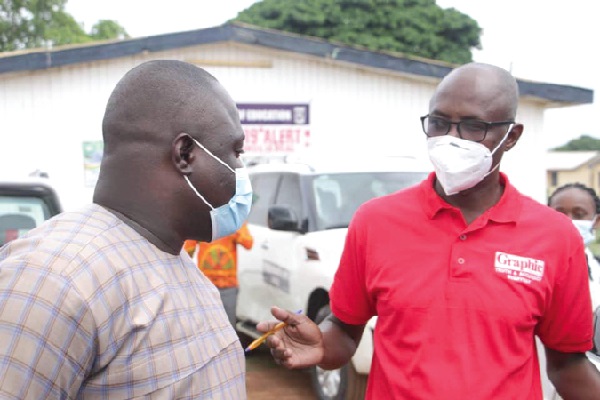 The Oti Regional Coordinating Council (ORCC) has outlined a number of measures to deal with insanitary conditions and environmental degradation to instil cleanliness into residents.

As a first step, it will task all municipal and district assemblies (MDAs) to engage in sensitisation in all the communities in the region.

This will be followed by the setting up of environmental courts and a task force to apprehend and prosecute all offenders who do not comply with sanitation bye-laws.

Sponsored by Zoomlion Ghana Limited, the dialogue was to sensitise the people to their civic responsibility of keeping their environment clean and desist from littering their surroundings.

The campaign is also supported by Environmental Service Providers Association (ESPA) and Mcvities.

Mr Makubo said as part of the measures to instil discipline, shops without dustbins would be closed while churches and mosques found to be untidy would be shut down until they did the right thing.

He urged religious leaders to add sanitation education to the sermons and evangelism programmes.

Mr Makubo also warned environmental officers who would be assigned to enforce environmental laws against misconducting themselves, as a second-layer team would also be monitoring their activities.

Mr Makubo attributed the prevailing insanitary conditions and other undisciplined behaviours across the country to negative attitudes and interference by politicians when offenders were apprehended.

He said it was an embarrassment for such discussions on sanitation to be held in view of the inability of a highly religious Ghanaian citizenry to abide by the mantra of 'Cleanliness is next to Godliness'.

He however said in view of the current sanitation situation in the country, the continuous dialogue served a great purpose.

According to him, the religious upbringing of Ghanaians should compel the people to keep their environment clean.

He said the reforms would be implemented without fear or favour and devoid of political interference to ensure that the Sustainable Development Goals on Sanitation were realised.

He said the tendency of politicians of the political divide seeking to score political points by seeking the release of offenders must stop.

He also urged residents to stop pursuing politicians for such assistance.

The chairman for the event, the Gyaasehene of Chonke Traditional Area, Nana Chikpa Kwame II, said there was the need to vigorously reintroduce and enforce communal labour activities which were some of the most effective ways in ensuring environmental cleanliness.

He indicated that chiefs could play a major role in the designation of refuse dump sites. However, the chaotic land development and buildings without proper planning was a hurdle.

He commended the joint initiative by Graphic Communication Group Limited and Zoomlion and expressed the hope that it would yield great benefits.