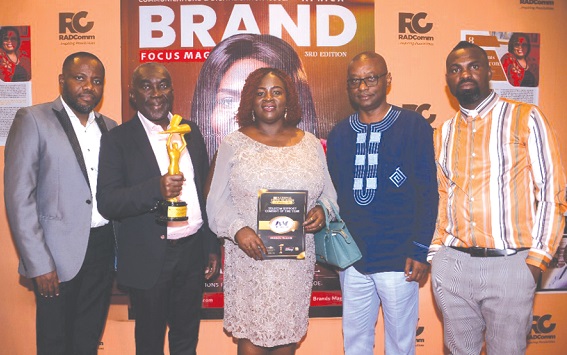 Forty individuals and organisations have been honoured at the fourth National Communications Awards held at the Labadi Beach Hotel last Saturday (December 5).

The awardees were recognised for their outstanding strides, success, innovation and tireless effort in the communication and digitalisation sector within the past year.

Among the winners of the flagship awards for the night were the Communications Manager of Exim Bank Ghana, Richard Osei Anane, who was crowned ‘Communication Personality of the Year 2022 (Public Sector), the Social Security and National Insurance Trust (SSNIT) won the Public

The black tie event was put together by RAD Communications Ltd on the theme: “The Digitalised Economy: Innovation for National Development”.

It attracted most of the industry players who came together to take stock of their performances over the past year and also network to build a stronger sector.

Gvive by Bsystems Ghana, Fuse Bundle by Airteltigo and Ayoba by MTN were all awarded.

Speaking on behalf of the award winners, the Deputy Chief Executive Officer (CEO) of Afriwave Telecom Ghana Limited, Francis Poku, said it was not only an honour to be recognised for playing a significant contribution in the sector, but would also place a level of expectation not to only maintain the standards, but also strive to do better.

He said with the future clearly pointing to a more digitalised system, it was important for all industry players to work collaboratively within their respective spaces to enhance the sector and make it efficient and effective.

He said for Afriwaves in particular, was doing all it could in making sure the telecom ecosystem in the country becomes viable in terms of Interconnecting.

“Currently, the ICH is connected to all the mobile network operators in the country, namely (AirtelTigo, MTN and Vodafone) providing National Interconnect Clearinghouse services.

He revealed that Afriwave Telecom will soon launch a platform, which would create a single point for all Value-Added Service (VAS) providers to gain access to the Mobile Network Operators (MNOs) from one place.