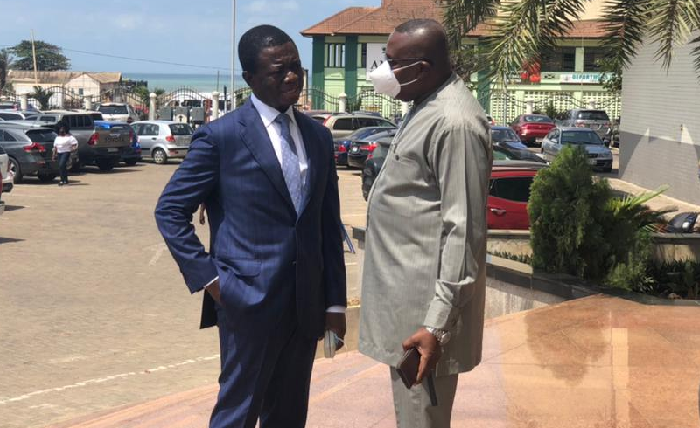 Dr Opuni, who is standing trial for allegedly causing financial loss of Ghc271.3 million, went to the Chief Justice, after the presiding judge , Justice Clemence Jackson Honyenuga, dismissed his application asking him to recuse himself.

Apart from the petition, lawyers for Dr Opuni have also filed a certiorari application asking the Supreme Court to quash Justice Honyenuga’s ruling not to recuse himself

In view of the petition to the Chief Justice, the expected opening of defence by Dr opening today (Friday) has been postponed.

Justice Honyenuga, a Justice of the Supreme Court, sitting as a High Court judge, adjourned the hearing to June 29, to await the Chief Justice’s decision on the petition.

Dr Opuni and businessman, Seidu Agongo are standing trial over accusations of causing financial loss of more than GH¢271.3 million to the state in a series of fertiliser deals.

The two were dragged to court by the Attorney-General (A-G) in March 2018 on 27 charges for allegedly engaging in illegalities in a series of fertiliser transactions, which the A-G says caused a financial loss of GH¢271.3 million to the state.

The two have denied any wrongdoing and have pleaded not guilty to all the charges.
Writer’s email : This email address is being protected from spambots. You need JavaScript enabled to view it.