One dead, nine injured in accident at Eguase near Cape Coast 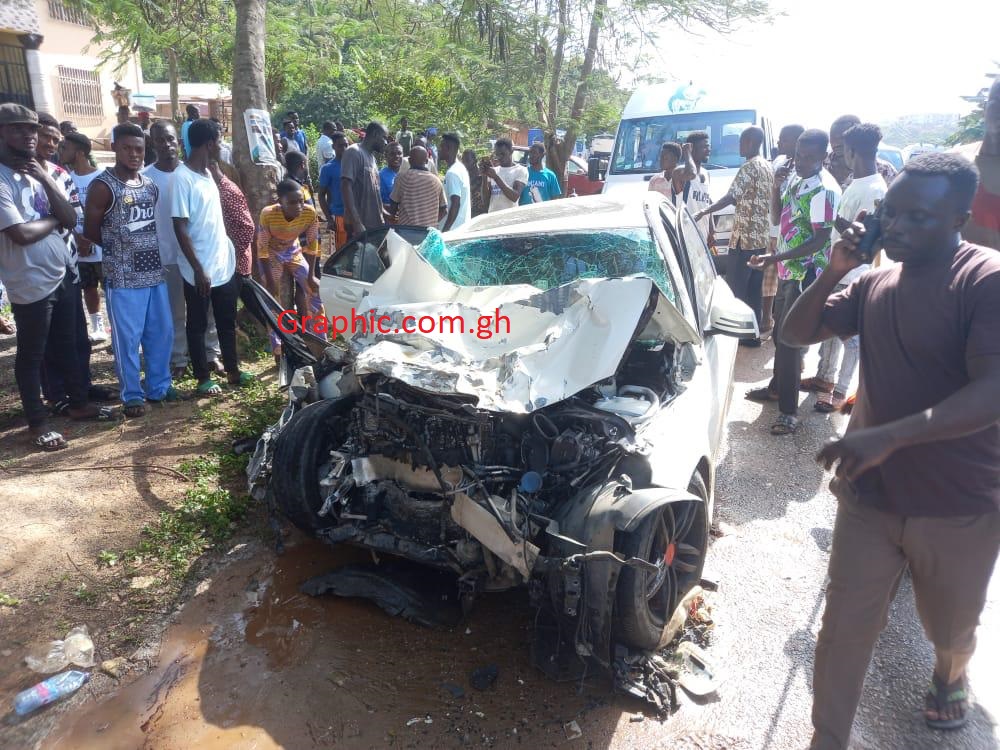 One dead, nine injured in accident at Eguase near Cape Coast
30.5k Shares

One person died while nine others sustained injuries in an accident at Eguase near Cape Coast in the Central Region on Sunday afternoon.

According to an eyewitness, a Mercedes Benz C300 which was traveling from Mankessim towards Cape Coast, was overtaking another car in front of it and it resulted in the accident.

The benz ran into a Toyota Hiace with registration number CR 1177-20 head-on, as the Hiace was travelling from the opposite direction towards Mankessim with passengers.

The Mercedes Benz according to the eyewitness account veered off the road, caught fire and ran into a Hyundai taxi cab with registration number CR 1019-20 which was parked by the roadside.

It also hit a Toyota Camry with registration number CR 463-18 which was also parked.


The Mercedes Benz was completely destroyed by fire. 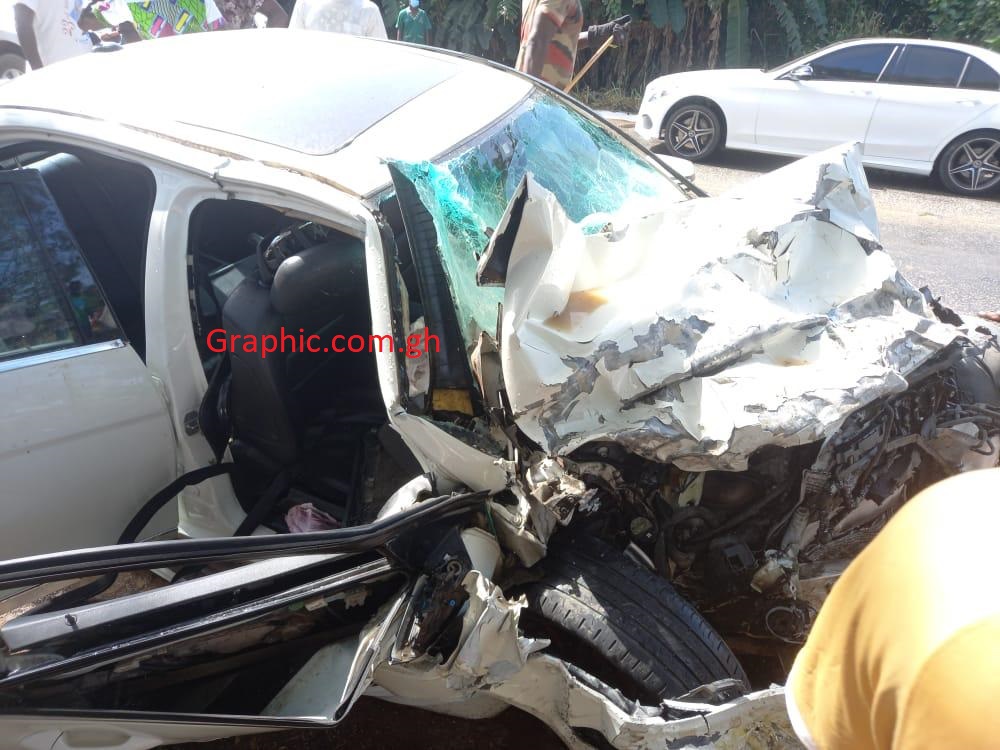 The Toyota Hiace was damaged while the Hyundai and Camry were partially damaged.

Personnel from the Ghana National Fire Service were called at around 2pm to assist rescue survivors.

The Central Public Relations Officer of the GNFS, Assistant Division Officer III Abdul Wasiu Hudu told Graphic Online that fire personnel arrived at the scene at around 2:14 pm at a time all the injured had been sent to the Cape Coast Teaching Hospital.

However, he said one of the vehicles, which had caught fire in the process was still smoldering and fire personnel extinguished it.

The injured are still in the Cape Coast Teaching Hospital and the deceased is at the morgue of the same hospital.