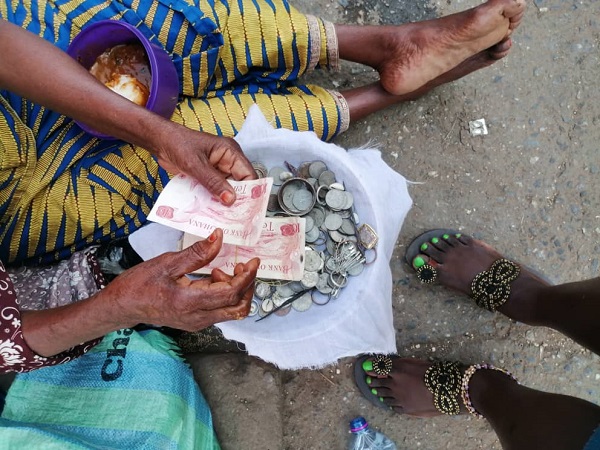 There is a market for the sale of old currency notes and coins in some parts of Accra. This market is thriving because clients of some spiritualists and mallams are required to produce them to facilitate the resolution of their problems presented.

The Nima Market, Cow Lane, Tudu and Accra New Town are some of the areas The Mirror found some old men and women trading in the old currencies.

Some beggars stationed around some mosques across the country also sell such old currencies, which are often given to them as Sadaqah (voluntary charity), a known Islamic practice.

Even worn-out old currencies and very old coins which were legal tender before Ghana gained Independence could be sold for as high as GHc100 per note or coin.

One of the traders, Uwa Amina, said: "We have both young and old people coming to buy such notes to enable them to meet their spiritual needs as directed by mallams. Others too claim they need them as souvenirs. And because these people are in dire need of them, they are ready to pay any amount you quote."

The Mirror found at some of the places and joints old notes and coins, such as the one penny coin which was used during the British colonial era. Also there were 10-Cedi notes released in 1973 and 1978, 50-Cedi notes of 1979 and 1980, Five-Cedis notes of 1982, as well as more recent notes — 500 Cedis, 1,000 Cedis and 10,000 Cedis which were in circulation over two decades ago.
At the Nima Market, some of the elderly women engaged in the trade with whom The Mirror interacted were willing to sell the old banknotes for more than GH₵100 each.

After negotiations, this reporter bought a worn-out 10-Cedi note which had been out of circulation for over four decades at GH₵80.
Old coins with holes perforated in them could be bought for as much as GH₵50.
A beggar, Baba Sofo, said he often received some of the old currencies as Sadaqah but had found value in them, even though they were no longer legal tender.

"The old notes always run out the moment I display them in my calabash,” he said.
"They bring me some of the old currencies mixed with grains, sometimes with fowls or doves, as part of their spiritual fulfilment. Those that I have a need for, I take home and throw away those I don't want," he added.

Vintage notes
Explaining the significance of using old currencies for spiritual commitments, Mallam Issaka said: “If a person is searching for some breakthroughs, such as job opportunities, visa, marriage proposals, childbirth, good health, wealth or even to pass an examination, he or she is requested to perform various rituals, and donating old currencies is part of those rituals."

Internet/Social media
Old currencies can also be obtained online through social media platforms such as Facebook and e-commerce websites such as eBay.

It is very common to see interested persons negotiating prices and the cost of delivery, while others ask to see the various types of currencies available for sale in order to buy them.

Illegal trade
In another development, the brisk sale of Ghana cedi notes and coins is going on, in spite of a statement issued by the Bank of Ghana last year that it was illegal for any person or institution to buy or sell one Ghana cedi note or coins currently in circulation, regardless of the purpose or intent for such trading.

At some taxi and trotro stations, it is common to find coins especially displayed in the open for sale in the form of exchange.
For instance, a customer got GHc4.50 in coins for changing GHc5.

The BoG statement said the bank was the only institution with the right to issue and redeem Ghana Cedi notes and coins in Ghana, according to Article 183 (1) of the 1992 Constitution and Section 35 of the Bank of Ghana Act, 2002 (Act 612), as amended.
It said any person who bought or sold or attempted to buy or sell any Ghana Cedi note or coin at or for a lower rate than its face value or an amount exceeding the face value was going against the law.