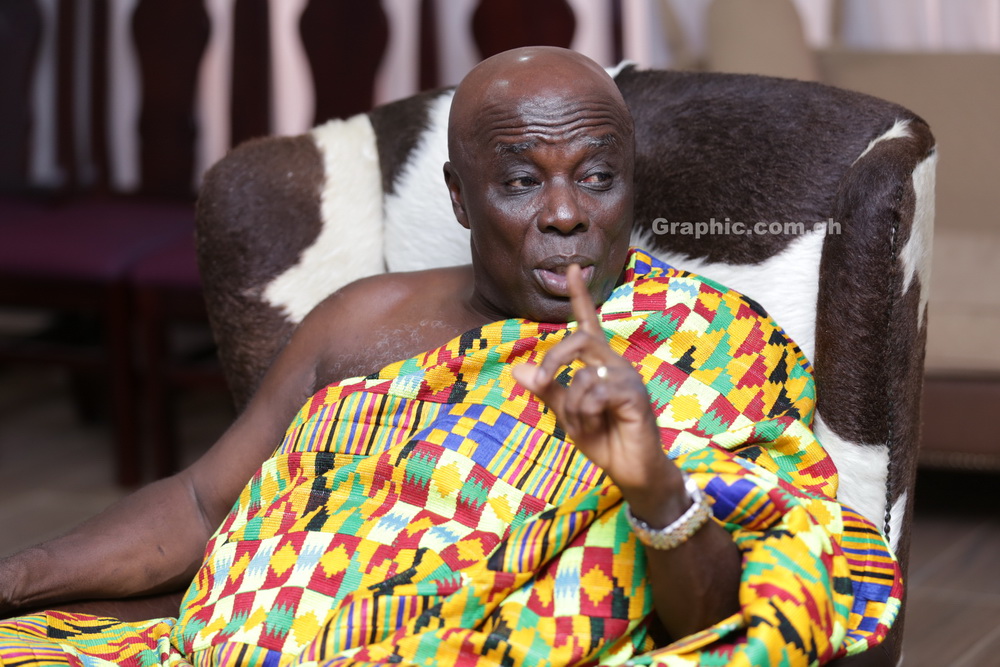 The Okyenhene, Osagyefuo Amoatia Ofori Panin has asked all alien shrines in the Akyem Abuakwa Traditional Area to close down within the next two weeks and put an end to all rituals alien to the area.

He has therefore requested the Ghana Police Service and other security agencies to institute formal measures to intensify and broaden investigations into ritual murders and other criminal activities in the Akyem Abuakwa State.

In addition, he wants all migrant fetish priests and their assigns to be subjected to background checks, as well as the retrieval of all ammunitions in wrong hands to ensure the safety of lawful citizens.

Osagyefuo Amoatia Ofori Panin was reacting in a statement issued by Mr. Dan Ofori–Atta, the Akyem Abuakwa State Secretary on the recent killing of two persons allegedly by two fetish priests at Mame Dede near Adeiso in the Eastern region.

Following investigations by the police the suspects allegedly admitted having interacted with the missing persons, including Mr. Edward Quartey Papafio, a 64-year-old biochemist, but was later shot and killed on January 15, 2020 at their shrine. The other body recovered there turned out to be one Kwesi Zormelo, a resident of Kasoa in the Central region.

The suspects told the police that the deceased was buried at a particular spot within the shrine and led the police to the place after the latter had secured an exhumation order from the court.

Warning
The Okyenhene ordered all chiefs in Akyem Abuakwa not to lease lands to immigrant traditional priests and their associates and that any “chief irrespective of rank who under whatever circumstance leases lands for the purpose of erecting shrines will face immediate destoolment and other related sanctions”.

“Nananom are also ordered to be fully dedicated to the enforcement of these measures”, he said.
He observed that over the past decade there has been an unperfected influx of immigrant ritualists disguised as traditional priests who have abused the hospitality of Okyeman and engaged in activities that threaten the lives of residents, social order and the health of the national economy.

“For the sake of clarity, alienation of land does not confer jurisdictional authority on the alienee and further the performance of unregulated ritual activities”, the Okyenhene added.

Osagyefuo Amoatia Ofori Panin used the opportunity to congratulate the police and other security forces for their handling of the Adeiso incident and further called for their cooperation to erase “this ugly spectacle from the face of Okyeman and other parts of the country.”