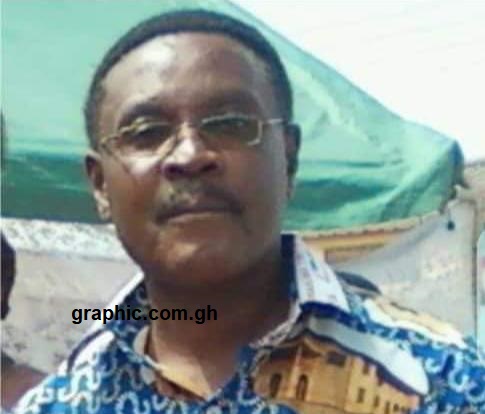 The pensioner who went missing and whose body was later found buried behind a shrine at Maame Dede, a village near Adeiso in the Eastern Region, has been identified as Mr Edward Quartey Papafio, a 64-year-old biochemist consultant resident at Kasoa in the Central Region.

The other dead body retrieved from the shrine of two fetish priests last Friday was that of one Kwesi Zomelo, also a resident of Kasoa.

The police are yet to conduct a DNA on the human parts including bones from a third grave within the perimeter and a decomposed human flesh with bones wrapped in a cloth and buried among the bodies.

Also retrieved from the shrine were a human skull, together with other human parts, hidden under two idols at the shrine, as well as hair attachments and beads suspected to belong to a woman.

At a press briefing organised by the Criminal Investigation Department (CID) of the Ghana Police Service to throw more light on the development, the Director General of the CID, COP Mr Edward Ken Yeboah, said a further search conducted by the police team also revealed two pump action guns, a single-barrelled gun, together with 11 packets full of cartridges.

He said on January 17, 2020, the late Quartey-Papafio’s wife, Rev. Mrs Comfort Ruth Quartey-Papafio, reported to the police that her husband had left his house at Kasoa about 7:33 a.m. on January 15, 2020, after receiving a call from someone, and had since not returned.

On receipt of the complaint, the police launched investigations into the issue and later picked intelligence that on that fateful day, the consultant had been spotted at Adeiso, near Nsawam in the Eastern Region.

The police, thereafter, intensified their investigations and made a breakthrough on April 21, 2020, which led to the arrest of the two fetish priests, Power and Scorpion, who both had their shrines on the outskirts of the village, and were conveyed to the CID Headquarters in Accra to assist in investigations.

According to Mr Yeboah, when a search was conducted at the two shrines, the police retrieved two pump action guns, a single-barrelled gun, together with 11 packets of full cartridges, from suspect Power’s rooms.

On April 29, 2020, after intensive interrogation, the two fetish priests admitted having interacted with the missing consultant for some time, after which he was shot and killed at the shrine on January 15, 2020 and his body buried at a particular spot behind the shrine.

They led the police to the spot, and after securing the area for an exhumation order from the court, the police team went back to the shrine with excavators on April 30, 2020, along with the police pathologist, officials from the Crime Scene Management Unit, the Forensic Science Laboratory, the Drone Unit and the CID Operations Unit.

Mr Yeboah said on arrival at the shrine on April 30, the two fetish priests led the police to the spot behind a house which had been walled, with a small entry but no exit, where they identified the consultant’s grave and the pathologist retrieved the decomposed body from the grave.

He said suspecting that the two suspects might have buried more people, the police dug around the grave and found a second decomposed body from another grave, which Power said was that of Kwasi Zomelo, a Togolese mason resident at Kasoa.

The team later exhumed a number of human parts, hair attachments and beads from the perimeter of the two graves.

Mr Yeboah said investigations had so far established that in December 2019, the two suspects conspired to murder Quartey-Papafio, and they, therefore, lured him to their shrine and succeeded in collecting GH¢10,000 from him under the pretext of fortifying him spiritually to enable his company to flourish.

On January 15, 2020, the suspects called the deceased on phone and invited him to the shrine for the final purification rites, in the process of which he was suddenly shot and killed by the two.

After committing the heinous crime, Power took possession of the deceased’s Itel and Nokia mobile phones, which he kept with Charity Dakuzi, his third wife, who is resident at Mensah Bar, Oyibi, near Dodowa.

Power later led the police to Dakuzi’s house to retrieve the phones, together with a bunch of keys belonging to Quartey-Papafio.