No state funeral for Prince Philip 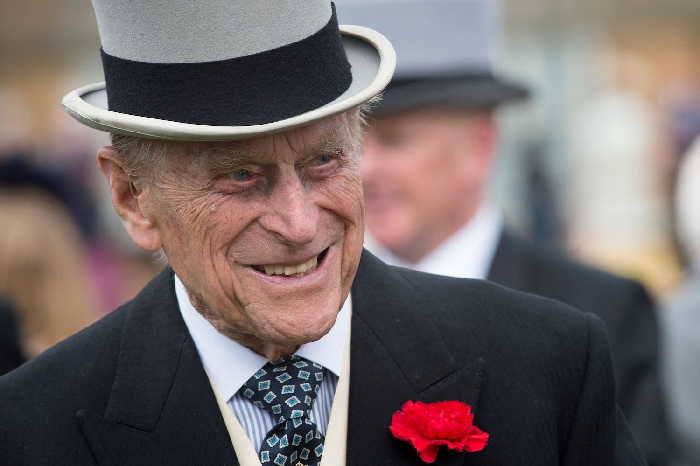 The body that plays the lead role in Royal funerals in the United Kingdom (UK), the College of Arms, has indicated that Prince Philip's funeral will take place at St George's Chapel in Windsor Castle.

In a statement yesterday a few hours after the announcement of the passing of Prince Philip, the Duke of Edinburgh and husband of Queen Elizabeth II, the College of Arms further said there would not be a state funeral, and that the Duke’s body would not lie in state.

It would, however, “lie at rest” in Windsor Castle ahead of the funeral, "in line with custom and with His Royal Highness's wishes,” the college stated.

It said the Prince’s funeral arrangements had been amended in the light of the COVID-19 pandemic and requested members of the public not to attempt to attend or participate in any of the events that make up the funeral.

“Buckingham Palace will confirm the detailed arrangements for the funeral on the Royal website,” the college added.

All UK government buildings have been told to fly official flags at half-mast in tribute to the Duke until 8 a.m., a day after the funeral.

A statement from Buckingham Palace announcing his death said: "His Royal Highness passed away peacefully this morning at Windsor Castle."

The statement, issued by the palace just after midday, was framed and posted as notice on the gates of Buckingham Palace, and then the flag was lowered to half-mast.

"It is with deep sorrow that Her Majesty, The Queen, has announced the death of her beloved husband, His Royal Highness, The Prince Philip, Duke of Edinburgh,” it said.

That announcement plunged the United Kingdom and the world into mourning, as the Royal Family began preparations to bid one of the longest-serving consorts in British history a final farewell.

Prince Philip died at the age of 99 years, just two months away from his 100th birthday in June.

The Duke of Edinburgh has had challenges with his health in recent times and only returned to Windsor Castle on March 16, this year, after being hospitalised for one month, during which he was treated for an infection and went through a successful procedure for a pre-existing condition.

The announcement suddenly pushed the nation into mourning.

The Prime Minister, Mr Boris Johnson, was among the first people to react to the news of the death of the Duke.

Speaking at Downing Street, the Prime Minister said that the Duke had "earned the affection of generations here in the United Kingdom, across the Commonwealth and around the world".

According to the British national broadcaster, the government had urged the public not to gather or leave tributes at royal residences, amid the COVID-19 pandemic.

A bank of photographers and cameramen were lined up around the growing number of tributes at Buckingham Palace yesterday afternoon, the BBC further reported.

The Duke of Edinburgh made regular visits to many Commonwealth nations, including Ghana, where he visited three times.

His first visit to Ghana was in 1959, two years after the country had gained independence.

On that first visit, archive footage shows that he inspected the diagram of the Port of Tema construction.

That visit, during which Queen Elizabeth had been expected, attracted a lot of euphoria among Ghanaians and found expression in popular highlife musician King Bruce’s lyrics:

“This is the day, five million Ghanaians will go gay

Queen Elizabeth and Prince Philip will be here that special day

And put on Kente fine

"May God bless this fine Thursday
When all Ghana will go gay
Queen Elizabeth we love you
Akwaaba awa awa atuu."

Two years later, he returned for his second visit, when he accompanied Queen Elizabeth, who was visiting the country as the Head of the Commonwealth.

The Royal couple were met on arrival at the airport in Accra by President Kwame Nkrumah and his wife Fathia Nkrumah, as well as some chiefs.

As part of activities to mark their visit, the Royal couple inspected a mass parade at the Black Star Square, watched a surf boat regatta and also visited the Makola Market.

The Duke also visited Ghana in the company of the Queen in November 1999.

During this visit, they visited and had a tour of the Christiansburg Castle, Osu. The Queen also addressed Parliament.

The Duke of Edinburgh would return to Ghana for the fourth and last visit in July 2008 for a four-day visit, during which he presided over the 30th triennial conference of the Royal Commonwealth Ex-Services League of which he was President.

Prince Philip was met on arrival for that visit by the late Vice-President Aliu Mahama and some ministers of state.

The conference was organised in collaboration with the Veterans Association of Ghana.

Perhaps the Duke’s most enduring contribution to Ghana is the Duke of Edinburgh International Awards, a youth awards programme which he founded in the United Kingdom in 1956.

The awards recognise adolescents and young adults for completing a series of self-improvement exercises modelled on Kurt Hahn's solutions to his "Six Declines of Modern Youth".

The awards have since been expanded to 144 nations, including Ghana.

The Duke of Edinburgh International Awards, otherwise known as the Head of State Awards, have, since their inception in Ghana in 1967, continually empowered young people to develop practical life skills, learn about themselves and others and gain confidence.

Last Wednesday, President Nana Addo Dankwa Akufo-Addo cut the sod for the construction of a GH¢5-million National Secretariat for the Head of State Awards, the Ghana Award House.

The Duke of Edinburgh International Awards have changed and touched the lives of many young people, including some 750,000 beneficiaries in Ghana.

At age 96 in August 2017, Prince Philip retired from official Royal duties with a final solo appearance at an official event.

He had announced his retirement in May that year, after completing more than 22,000 solo appearances, spanning seven decades.

Prince Philip was born into the Greek and Danish Royal families in Greece on June 10, 1921.

His family was exiled in Greece when he was 18 months old.

After being educated in France, Germany and the United Kingdom, he joined the British Royal Navy in 1939, aged 18.

During the Second World War, he served with distinction with the Mediterranean and the Pacific Fleets. After the war, Philip was granted permission by King George VI to marry then Princess Elizabeth.

Before the official announcement of their engagement in July 1947, he abandoned his Greek and Danish titles and styles, became a naturalised British subject and adopted his maternal grandparents' surname, Mountbatten.

He married Princess Elizabeth on November 20, 1947 and was at the Queen's side for more than 60 years of her reign, the pair having been married for 73 years.

Just before the wedding, King George VI granted him the style His Royal Highness and created Duke of Edinburgh, Earl of Merioneth and Baron Greenwich.

Prince Philip left active military service when Elizabeth became Queen in 1952, having reached the rank of Commander, and was made a British Prince in 1957.

They had four children — Prince Charles, the Prince of Wales; Princess Anne, the Princess Royal; Prince Andrew, the Duke of York, and Prince Edward, the Earl of Wessex.

The Duke of Edinburgh and the Queen also had eight grandchildren, including Prince William, the Duke of Cambridge and second in line to the British throne, and 10 great-grandchildren.