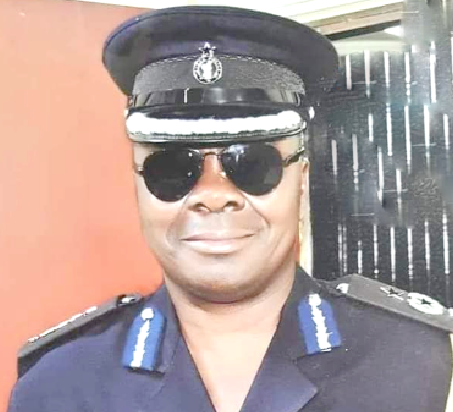 He took over from DCOP Osei Kwaku Ampofo-Duku who proceeded on retirement on Friday, March 5, 2021.

A statement signed and issued to the media in Bolgatanga last Friday by the Public Affairs Officer of the Regional Police Command, Assistant Superintendent of Police Mr. David Fianko-Okyere, stated that DCOP Dr Gariba, until his new position, was the Director in charge of Police Operations at the Ghana Police Service Headquarters in Accra.

According to the statement, the new police commander had held positions in various commands in the police service in Ghana and abroad, including Second in Command, Ghana Police Intelligence and Professional Stands Bureau, National Police Headquarters Accra, from April 2017 to March 2018.

He was also the Commandant of the Ghana Police Command and Staff College, Winneba from January to March 2017, and Deputy Regional Commander, Upper West Region, from January 2016 to February 2017.

Other positions he has held include Police Training Officer (ASF), Peace and Security Department of the African Union Commission, Addis-Ababa from 2008 to 2015.

The new police commander has attended a number of international workshops and training courses.

He also attended a Senior Command Course 1 in 2014 at the Ghana Police Command and State College (GPCSC) in Winneba, Ghana (2014).

The statement entreated residents of the region to cooperate with the new regional police commander to help nip in the bud crime in the area.