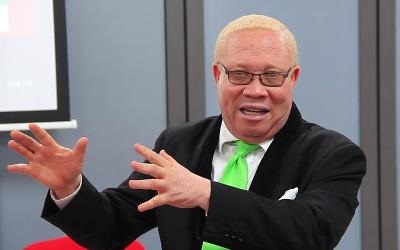 They buttress their claim with a Human Genome Project (HGP) research findings which indicated that out of the about 26,170 genes that govern humanity, not a single gay gene has been identified.

“So nobody was born gay and even if such a gene is found, it’s is an abnormality just as the hermaphrodite gene and albinism, they are defective genes and several treatments have come out which can help rectify such conditions,” the Executive Secretary of the coalition, Lawyer Moses Foh-Amoaning stated.

He was speaking at the Second National Dialogue Series which was held today in Accra under the theme “Eliciting a Comprehensive National/Inter Africanist Response to the LGBTQ Phenomenon: The Ghanaian Case Study.”

The occasion brought together international organisations, religious leaders and traditional rulers with the aim to provide a coherent Afro-centric response to the LGBTQ propaganda to be transmitted to children, youth and adult populations in the country.

Success / Achievements
According Lawyer Amoaning, the Coalition has over the past six years won the argument against LGBTQI, and has developed a holistic sexual therapy to deal with the situation as well as won arguments in the education sector such as the controversial comprehensive sexuality education (CSE)

Objectives
He said the coalition has developed a series of strategic objectives to be carried out in the years ahead.

According to the Convener of the group, Lawyer Moses Foh Amoaning, same sex rights are not internationally recognised rights and for that matter, members of the coalition are strongly against their adoption in the country.