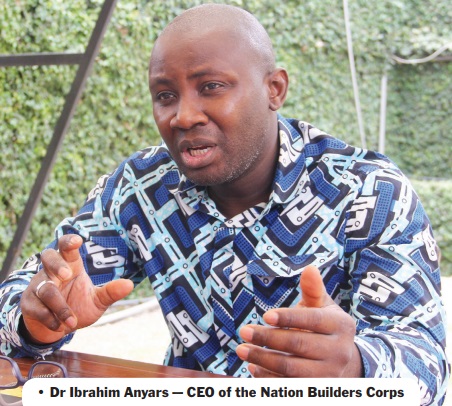 The programme, which was initially meant for three years, was extended by a year.

An official communication from the NABCo Secretariat to all trainees said: “Your time on the NABCo Scheme has been valuable and impactful.”

“As you exit with a wealth of experience, there is an added advantage to consider private enterprise as a career option. Your skills development programme will aid your progress under the entrepreneurial YouStart initiative to develop your ideas further into a viable business,” it added.

The message to the trainees said more information would be made available from NABCo and stakeholders in due course.

“Equally on any outstanding stipends, expect any valid payments and notification via the same means after validation and verification (district and your MIP), once all the funding arrangements are concluded, for all who remained at post beyond October 2021.

“We appreciate your time and growth while with us on the scheme and would like to extend our best wishes to you on your future career choices,” the communication to the trainees said.

Presenting the 2022 Mid-year Budget Statement on July 25, this year, the Minister of Finance, Ken Ofori-Atta, told Parliament: “Our iconic Nation Builders Corps programme, which was initially to run for three years and extended for an additional year, will be completed by September 1, 2022.”

The focus of the initiative, which was to engage 100,000 graduates, was to solve public service delivery in health, education, agriculture, technology and governance and drive revenue mobilisation.

In the budget statement, Mr Ofori-Atta said as the trainees exited, the current cohort of the programme were encouraged to take advantage of the YouStart initiative and other existing programmes in the government’s drive to build an entrepreneurial nation.

Among other things, he indicated that “the government’s policy is to support dynamic young entrepreneurs to access training and build their businesses and become a significant pool of job providers for their fellow young people”.

The objectives of the NABCo were to provide temporary employment for unemployed graduates, improve skills and employability for transition from the programme to permanent employment, improve public service delivery and “provide the needed infrastructure to promote access to basic public services”.

The NABCo recognised the role played by other pathways that exist under the various government institutions and agencies.

As of October 2019, about 11,000 people had exited the scheme to permanent employment.

Meanwhile, the Member of Parliament for North Tongu, Samuel Okudzeto Ablakwa, has said he had taken steps to get all the 97 NABCo trainees in his constituency employed by Sinostone Bioethanol Manufacturing Limited.

“As the government ends NABCo today, September 1, 2022, I am delighted to announce that I have successfully negotiated with the Chinese management of Sinostone Bioethanol Manufacturing Ltd (SBML), located in my beloved North Tongu, to immediately employ all our 97 NABCo beneficiaries.

“We shall continue to look out for each other with our best efforts,” he said.