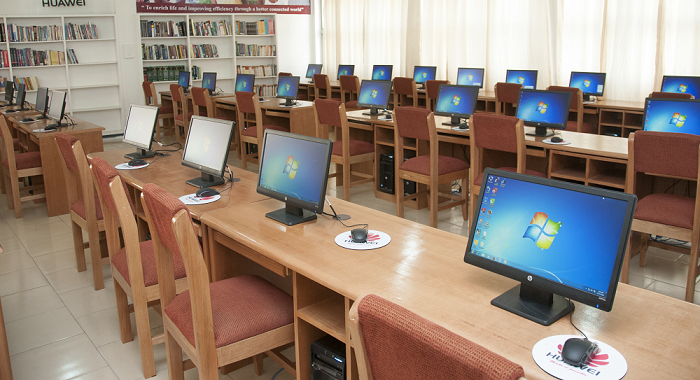 The Member of Parliament (MP) for the Sekondi  Constituency in the Western Region, Mr Andrew Egyapa Mercer, has donated five desktop computers and accessories costing US$ 4,000 to the Sekondi Library to enhance teaching and learning in the constituency.

The MP has also pledged to provide assorted textbooks and study materials to stock the library.

The donation of the computers and the promise to re-stock the library, especially the children's section, followed a needs assessment conducted by the MP and a team of educationists.

The MP, who was accompanied by the constituency chairman and other executive members of the New Patriotic Party  (NPP) for the short ceremony, noted that MTN had in the past donated about 30 computers to the library, but most of them were out of use while the Internet connection had also been lost.

"I grew up here in Sekondi and so I know how the library looked like during our time in school when we visited it. It is, therefore, important for me to contribute my quota to resource the library, which has assisted me to be where I am now," Mr Mercer told the Daily Graphic in Sekondi after the presentation.

He further declared, “I have a huge passion for the Sekondi library, therefore, I also pledge to liaise with the Ghana Education Service (GES) and other stakeholders to see how best we can collectively re-stock the facility."

Mr Mercer again indicated that he had made arrangements with some missions and friends abroad to come over to help replenish the facility while others had been invited to teach the children to acquire reading skills.

The MP also observed that Internet connectivity was critical in the current information and communications technology  (ICT) era and, therefore, he would do all in his ability to restore the connection.

According to him, a discussion with the library authorities revealed that over the past four years, there had been a challenge with regard to the release of imprest for the effective running of the library, especially in respect of the payment of utilities.

He alleged that the authorities were now relying on the entrance fee of 50 pesewas to settle utility bills, which he described as improper.

The Officer in charge of the Sekondi Library, Ms Mercy Ackah, was very appreciative of the MP's kind gesture and appealed to other individuals and corporate bodies to help re-stock the library and also help in addressing other challenges, in the interest of the teeming learning student population.