The Ministry of Food and Agriculture (MoFA) has underscored the need for a collaborative effort to protect and preserve uncultivated farmlands for future generations.

It maintained that a collaborative effort by agencies such as the Environmental Protection Agency (EPA), the Forestry Commission and other relevant actors would help stop the destruction of the ecosystem caused by expansion in agriculture.

“In Ghana, 13.6 million hectares of land is available for agricultural production, out of which 6.8 million is currently under cultivation. This is about 50 per cent of the total agricultural land.

“It is, therefore, imperative that uncultivated land is preserved as much as possible to maintain biodiversity in the ecosystem for future generations,” the sector Minister, Dr Owusu Afriyie Akoto, said in a speech read on his behalf by the Director of Agriculture, Solomon Gyan Ansah, at the opening of a two-day National Stakeholders’ Workshop on Social and Environmental Trade-Offs in African Agriculture (Sentinel) in Accra last Monday.

The Sentinel is a £6.25-million interdisciplinary research project seeking to address the challenges of achieving “zero hunger” in sub-Saharan Africa, while at the same time reducing inequalities and conserving ecosystems.

It is implemented in countries such as Ghana, Ethiopia, Zambia and the United Kingdom (UK).

The four- and half-year project, which started in October 2017 and ends in March this year, seeks to enhance understanding of the impacts, risks and trade-offs within and between social, economic and environmental dimensions of different agricultural development pathways.

The minister explained that “when we transform a plain land into a cereal farm, for instance, we are significantly modifying that local ecosystem. Sometimes we even end up completely changing its original foundation.”

He said that raised the challenge of trade-offs between increasing the agricultural outlook that was reducing hunger, on the one hand, and preserving the natural ecosystem, on the other. 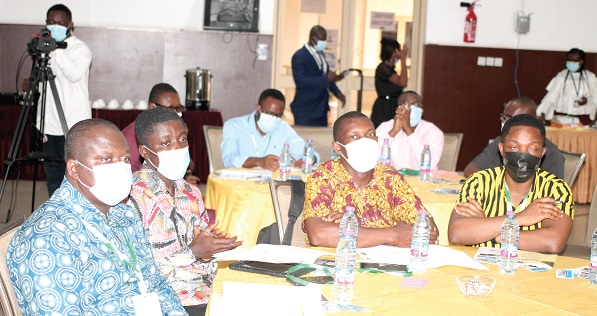 He said it was important for the value of trade-offs to be estimated and communicated clearly to stakeholders, so that involved decisions could be made when the need arose for the modification or destruction of the natural ecosystem.

Sharing findings of the research, a Senior Lecturer at the Department of Soil Science, University of Ghana, Dr Dora Neina, said a critical finding made was that there was a low sulphur content in soil at most cultivated areas in the country.

Dr Neina blamed that on the importance placed on the use of nitrogen to mineralise the soil, without exploring the significant role sulphur played in photosynthesis and increasing crop production as it worked efficiently with nitrogen fertilizer.

She called for more attention to be given to sulphur as a nutrient to close the yield gaps in the country and Africa as a whole.

A Deputy Director in charge of Climate Vulnerabilities and Adaptation at the EPA, Antwi Bosiako Amoah, in a presentation on agricultural expansion and climate change, said the agricultural sector played a key role in providing employment for the population and for the growth of the economy.

He said for the past 30 years, there had been a one degree increase in temperature across all ecological zones because of fossil fuel activities, forest degradation, agricultural activities, among others.