Ministry to phase out mercury in health sector 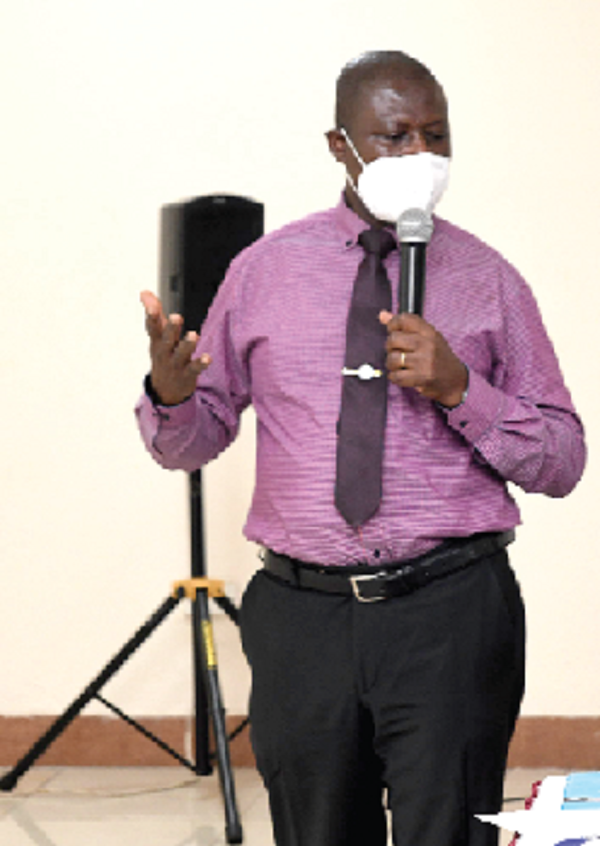 The Ministry of Health, in consultation with key stakeholders, is developing a national roadmap to facilitate the phasing out of mercury in the health sector due to its harmful effect on human health.

The initiative forms part of the implementation of the Minamata Convention on Mercury which the country ratified in 2017.

Health experts say Mercury is a very poisonous substance which when ingested or inhaled might produce significant adverse neurological and other health effects such as digestive and immune system dysfunction, diseases of the lungs, kidney, skin and the eyes.

The Minamata Convention on Mercury is an international agreement designed to protect human health and the environment from anthropogenic emissions and releases of mercury and mercury compounds.

At a consultative meeting in Accra yesterday, the Director of Policy, Planning, Monitoring and Evaluation at the MoH, Dr Emmanuel Odame, said the current stage constituted the phase two of the implementation of the treaty which sought to phase out mercury containing devices and chemicals in the health sector.

He said the agreement was premised on a number of reasons including the fact that health experts had established that exposure to mercury, even small amounts could have toxic effects on the nervous, digestive and immune systems, and on lungs, kidneys, skin and eyes.

Dr Odame said despite the toxic nature of Mercury, it was widely used in the health care sector, the reason the agreement charged signatories to make their countries mercury free.

He said in healthcare facilities, mercury could be found in medical instruments such as thermometers, blood pressure reading instruments, gastrointestinal tubes, dilation and feeding tubes.

He said the technical expert for the Minamata Initial Assessment (MIA) in the country clearly outlined the Ghana Health Service as a major contributor to mercury release into the atmosphere due to its high dependency on mercury-containing devices, chemicals and vaccines.

Solidarity message
In a speech read on his behalf, the World Health Organisation Country Representative, Dr Francis Kasolo, said the toxicity of mercury had long been known with its adverse effects studied extensively.

He said mercury exposure affected various organs including the eyes, skin, kidney among other.

“Ghana has signed onto the Minamata Convention and the WHO is pleased to be part of the reducing mercury releases from the health sector from 2016 to 2020.

As part of the project, we know work has begun on phasing out mercury in the health sector.

“The Convention, which was adopted by the Conference of Plenipotentiaries held in Minamata and Kumamoto, Japan, in 2013, focuses on limiting and ultimately phasing out of mercury and mercury related/containing products from all sectors,” he said.

He said it prohibited a range of products containing mercury including batteries, compact fluorescent lamps, switches and relays, soaps and cosmetics, thermometers and blood pressure devices.