Minister, MP haggle over revocation of licences by NCA 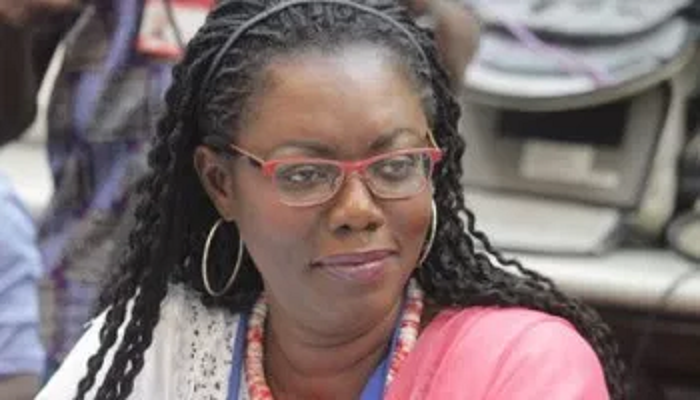 The were exchanges between the Minister of Communication, Mrs Ursula Owusu-Ekuful and the Member of Parliament for Ningo-Prampram, Mr Sam George in Parliament yesterday, over the revocation of the licences of 131 radio stations by the National Communications Authority (NCA).

While the minister defended the revocation of the licenses and the imposition of the fines, which according to her, were in line with the regulations of the NCA, the Member of Parliament for Ningo-Prampram, Mr Sam George argued that the fees of schedule imposed on the radio stations had no parliamentary approval.

The NCA sanctioned some radio stations for violating certain aspects of the Electronics Communications Act (2009), Act 775 which resulted in 21 other broadcasting stations having their authorisations completely revoked since their authorisation had expired over several years and they were operating illegally.

Mrs Owusu-Ekuful told the House that the provision gave the NCA the clear mandate to manage spectrum and issue, suspend or revoke frequency authorisations and that was simply what the authority sought to do.

She explained that the affected radio stations failed, refused or neglected to abide by the conditions for the grant of frequency authorisations by the NCA and had thus been sanctioned in accordance with the same laws which gave them the right to operate.

She also debunked claims that the decision to impose the fines on the radio stations was politically motivated and said “actions taken to enforce statute and judicial decisions cannot, by any stretch of imagination,, no matter how fertile, be termed political persecution, acts in violation of free expression or threats to press freedom.

“Mr Speaker, it is preposterous for anyone to suggest that the implementation of a law that the august House has passed, is a threat to media plurality. No media house has been handpicked to face sanctions.”

She explained that the 2015 schedule of penalties merely imposed a ceiling on the fines.

Earlier, the minister had told the House that she had received a number of petitions from the affected radio stations and the ministry, in partnership with the NCA, would have those cases reviewed on a case by case basis.

Mr George, however described the fines as illegal and not founded by law and said, the NCA website on October 1, 2017, displayed a schedule of penalties under the regulatory framework link which allowed for the download and nowhere in that document was a GH¢10,000 per day fine stipulated.