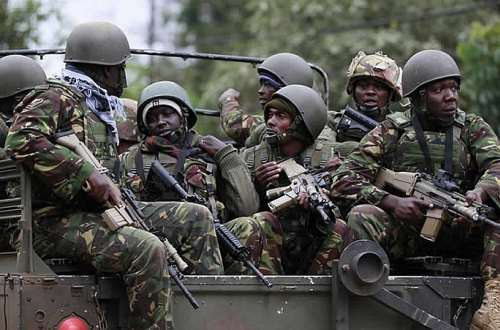 The Director of the Faculty of Academic Affairs and Research of the Kofi Annan International Peacekeeping Training Centre, Professor Kwesi Aning is of the view that the recent military brutalities of some civilians population in Wa, the Upper West regional capital, could lead to a breakdown of the long built civil-military relations in the country.

For him, the military leadership must urgently take actions to address the growing indiscipline among some military personnel in the service.

Prof. Aning, who was speaking on Accra-based Citi FM on Friday afternoon, July 2, 2021, said it was unfortunate that some soldiers instead of putting their training to “good use” will rather turn against the civilian population for no cause.

He said the actions of the military has a high potency to infiltrate people’s anger against the state.

He said all personnel who will be found culpable ought to be disciplined, saying "they (military leadership) should punish people where it is necessary."

He also called on the military leadership to factor into their training measures to bring about attitudinal and behavoural change in the soldiers.

Prof. Aning, however, commended the military leadership for its swift response to the issue, urging them to make the outcome of the internal military probe public in order to help restore public confidence.

He said the internal probe "must be completed and the public informed" about how the findings "can be used to bring about attitudinal change."

Some military personnel in Wa on Thursday, July 1, 2021 battered some civilians in Wa over an alleged missing mobile phone. In a viral video, soldiers are seen assaulting anyone they meet on the street of Wa without any provocation.