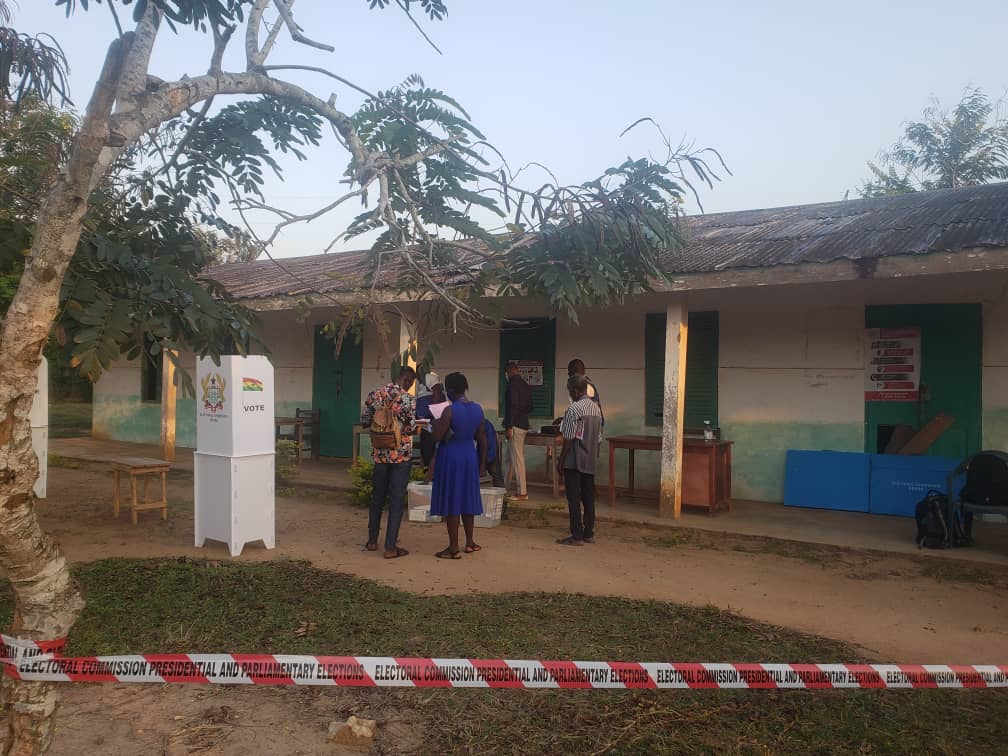 In the Mfantsiman Constituency in the Central Region, voting in the 2020 elections is ongoing without any hitches.

Graphic Online's correspondent in the area for the elections, Emmanuel J.K. Arthur reports that some voters formed queues at 5.40am at the Catholic Primary School Polling Station at Ekurabadze in the Saltpond District.

Electoral materials arrived by 6.15am by which time all party agents and EC officials including security personnel assigned were at post.

Voting began 7am and by 8am 36 people had voted.

The chief of the area, Obrempong Egyiri Aggrey expressed satisfaction with the processes, the arrangement and atmosphere at the polling station and asked for patience and tolerance throughout the voting period.

At the Court House Polling station A at Anomabo, the presiding officer, Mr. Benjamin Darku told Graphic Online that out of the 402 registered voters, 75 had voted as of 9.02 am and that no incident had been recorded.

The situation was same at the Court House Polling Station B where 89 out of the 400 registered voters had cast their vote by 9.10am.

At some polling stations, both voters and officials were compelled to undertake the exercise in the scorching sun due to the absence of a tent and such was the situation at the Anglican JHS at Anomabo where only 97 out of the 546 registered voters had exercised their franchise by 9.25am.

Both stations have 157 and 400 registered voters respectively.

The Methodist Primary School at Abandze has 732 registered voters on its list and 116 of them had voted by 9.50am.