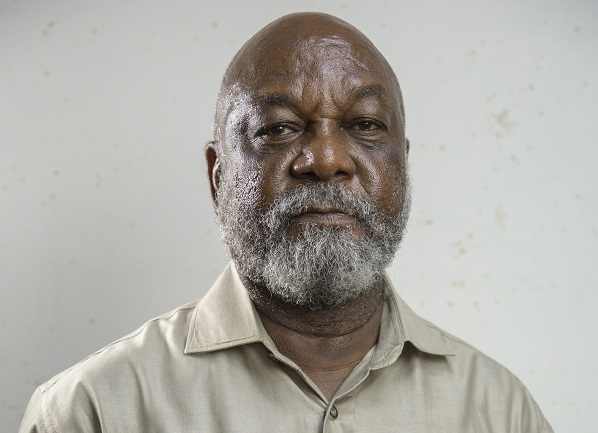 A communication and journalism expert, Professor Kwame Karikari, has said the media in Ghana are well-positioned to promote a cohesive and harmonious society in which democracy and the rights of the people thrive.

He said suggestions that the media were promoting tendencies that could plunge the country into war were far-fetched as the facts did not support that position.

“The media cannot cause war; they can create an atmosphere which political forces can manipulate to create chaos or unrest.

“Wherever the media have been instrumental in creating unrest there is always a political force using a section as an instrument and tool to carry out a systematic agenda,” Professor Karikari, who is also the Board Chairman of the Graphic Communications Group Ltd (GCGL), said.

Speaking at the first in a series of workshops on professional and ethical journalism for editors and correspondents of the group, Prof. Karikari explained that in Nazi Germany, Serbia and Rwanda, which were countries often cited as examples, it was not the plurality of the media, but particular outlets that were controlled by political forces to perpetrate their own parochial agenda.

For example, Prof. Karikari said in the often-cited most recent example, Radio Télévision Libre des Mille Collines of Rwanda (RTLM), it was controlled by Hutu politicians who used the medium for decades, not a day or a year, to perpetrate their agenda of denigrating the Tutsi tribe.

They used the RTLM platforms over decades to create hatred against the Tutsi people, demean and lower their dignity as human beings, he explained.

For instance, just before the genocide, which started on April 7, 1994, RTLM was used to direct people to the locations and residencies of Tutsis for the perpetrators to kill them.

Again, although RTLM played that role, it was not responsible for the importation and arming of the people with machetes and guns, rather the political forces were ones that were carrying out an agenda, Prof. Karikari stated.

“It wasn’t the radio station, as such, that went about killing the people. It was only one of the elements that was used to cause the disaffection,” he said.

The reports of the National Unity and Reconciliation Commission (Rwanda) and the United Nations International Criminal Tribunal for Rwanda at Arusha, Tanzania, stated the role of the radio and TV, Prof. Karikari stated.

“It is unfortunate that speaking about whether the media can cause war, people glibly and simplistically conclude, always citing Rwanda, without knowing what really it is all about,” Prof. Karikari, who is also a researcher and community radio consultant, said.

Prof. Karikari said Mr Emile Short served as Ad Litem Judge on the tribunal and could offer rich and deep perspectives on the role of RTLM in the Rwandan genocide.

The professor of communication and journalism also advised political parties in the country to desist from using certain expressions and language on the radio stations that they controlled.

“If there will be chaos in this country, that will come from political forces, religious groups or such other groups who may have prejudices or who may have some disgruntlement against some other sections of society,” he stated.

The closest the media came to creating insurrection, Prof. Karikari recalled, was in the 2012 election when two radio stations, Oman FM with leanings towards the New Patriotic Party (NPP), and Radio Gold, which leans towards the National Democratic Congress (NDC), urged supporters to march to occupy the Electoral Commission.

He extolled the Daily Graphic and its sister publications for maintaining high ethical standards over the years.

“What you see is what we put out. You don’t reduce it, embellish or minimise it, you present the facts and in putting out the facts, you explain what they mean to the public.

“So you read the Daily Graphic for many months and you will not find words that denigrate or minimise anybody or institution because we respect the rights of every citizen as the Constitution enjoins you,” Prof. Karikari stated.

The board chairman said the Graphic could be critical of the government, agencies and institutions but not “oppositional”.

“Being critical is not about insults but raising questions about what government, policymakers, ministers, officeholders etc. do and how they do it in the interest of the public,” Prof. Karikari stated.

Media consultant, Nana Kwesi Gyan-Apenteng, in a presentation on overcoming the news content challenge in a dynamic news market, said newspapers could command bigger audiences when they had the citizens on their minds in everything they wrote about.

He encouraged journalists to see their work as a service to their communities and to think much more deeply about the impact of what they put out.

Nana Gyan-Apenteng, who is a former Chairperson of the National Media Commission, asked journalists of the company to pay particular attention to issues which affected the daily lives of Ghanaians.

The Editor of the Daily Graphic, Mr Kobby Asmah, urged journalists of the company to apply the lessons learnt to help sustain their relevance and leadership.

Brand editors of The Mirror, Graphic Showbiz, Graphic Sports, Graphic Online, Graphic Business as well as the Photo Editor outlined their expectations from correspondents of the company.