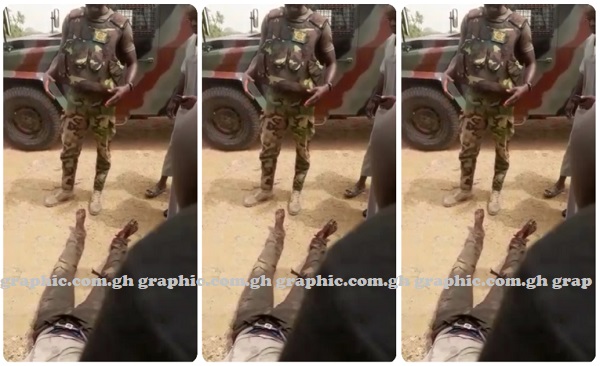 A man believed to be in his 40s has been shot in Bawku in the Upper East Region.

The victim who survived the gunshot last Saturday is yet to be identified and was shot in the leg by his assailant who escaped after the incident.

He was shot by the gunman around Patelmi-Silminaaba stretch of Bawku around 9:30 am.

The victim who is a resident of Patelmi, a suburb of Bawku is currently responding to treatment at the Bawku Presbyterian hospital.

It is however unclear what triggered the incident as some residents believe it is unrelated to the resurfaced Bawku conflict.

According to information gathered by Graphic Online, the victim came into contact with the gunman who ordered him to surrender and when he took to his heels, the gunman shot him in the leg and fled.

He shouted for help which attracted some residents who quickly informed the security who then rushed to the scene as well.

Meanwhile, security personnel have intensified their regular patrols in the town in order to maintain law and order.