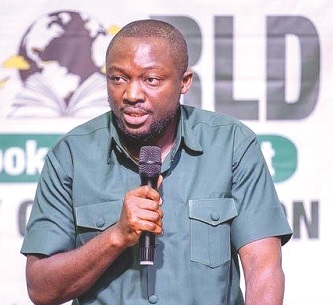 The Ghana Library Authority (GhLA) has marked this year’s World Book and Copyright Day with a resolve to leverage on technology to increase the country’s literacy rate from 79 per cent to exceed the global literacy rate of 86 per cent.

In the course of that, the Chief Executive Officer (CEO) of the authority, Mr Hayford Siaw, said the authority, within the last four years, had introduced some thoughtful initiatives which had helped in connecting Ghanaians to relevant knowledge.

Some of those initiatives, he said, were the introduction of the Read2Skills which had given over 44,000 Ghanaians the opportunity to study and acquire micro-credentials certificates at no cost, the deployment of a Digital Library App, which was zero rated by some telecommunication companies, the rollout of Early Grade Community Reading Interventions and the establishment of youth engagement centres, among others.

Now, he said, the process had been automated to give comfort to clients to apply for them electronically wherever they were in Ghana.

He said another notable achievement of the authority was the expansion of the network of public libraries in Ghana from 61 in 2017 to 109 in 2022.

Additionally, he said the authority had renovated 79 senior high school (SHS) libraries under the SHS Library Transformation Programme and 49 public libraries out of the 61 libraries that existed in 2018.

“We have also recruited 179 staff to help augment work activities, bringing the total staff strength to 566 as at the end of 2021. We are currently negotiating a new condition of service with Fair Wages and Salary Commission,” Mr Siaw said.

Due to the unmatched transformation, he said the GhLA received two significant global recognitions last year.

He said the London Book Fair International Excellence Award named it as the Library of the Year while the United Nations Public Service Award also recognised it for its work in using its hands-on mobile ICT classes project to drive inclusive and equitable technology education in Ghana.

The Board Chair of the GhLA, Dr Helena Asamoah-Hassan, noted that the authority was doing a great work through its various interventions and was worth applauding.