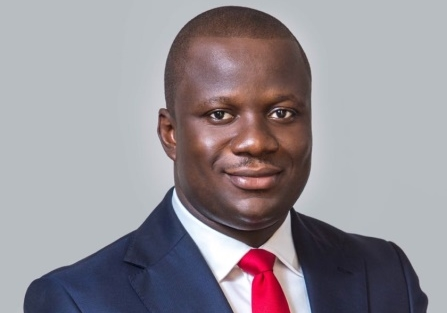 In line with measures to build a sustainable and environmentally sound mining industry in the country, the government has begun the implementation of appropriate regulatory, legal and fiscal policies to achieve that objective.

According to the Minister of Lands and Natural Resources, Mr Samuel Abu Jinapor, his outfit was spearheading the implementation of those policies anchored on integrity, transparency and good governance.

He said achieving the objective would bring optimum benefit to the people, who were the true owners of the mineral resources.

The minister was addressing the third international conference on irrigation and agricultural development (IRAD, 2022) in Tamale, the Northern Regional capital.

The two-day conference was organised by the West African Centre for Water, Irrigation and Sustainable Agriculture (WACWISA)of the University for Development Studies (UDS), Tamale.

It was on the theme: “Mining, water resources management and environmental sustainability in Africa: Opportunities and challenges.”

Regional ministers from the North East, Savannah and Upper East also participated in the conference.

Mr Jinapor, who is also the Member of Parliament (MP) for Damongo, commended the efforts of the UDS to help find solutions for the effective management of water resources and environmental sustainability in the face of increasing exploitation of natural resources.

He said the conference came at a time when the government had intensified the fight against illegal mining and also embarked on an afforestation programme to contribute to global climate action.

According to the minister, the exploitation of mineral resources and the destruction of the environment required a regulatory and policy framework.

"We cannot industrialise if we do not invest in the exploitation and utilisation of our bauxite and other mineral resources. But their exploitation, management and utilisation must be such that they do not benefit only the current generation but also future generations,” he said. Mr Jinapor further said the vision of the government was to make the country the mining hub of Africa, where all mining-related activities would be centred.

He said his outfit, in collaboration with the Office of the Attorney-General, was working to amend the Minerals and Mining Act, 2006 (Act 703) to expressly prohibit the manufacture, sale, supply and use of the floating device ‘changfan’.

In a speech read on her behalf, the Minister of Sanitation and Water Resources, Mrs Cecilia Abena Dapaah, said there was the need for mining operations to be done in line with the Sustainable Development Goals (SDGs), which guaranteed that future generations also benefited from mineral resources.

The Vice-Chancellor of the UDS, Professor Gabriel Ayum Teye, said the university was contributing to the growth of irrigation agriculture in the country.
He added that WACWISA had been at the forefront of delivering requisite training to stakeholders for improved food production.