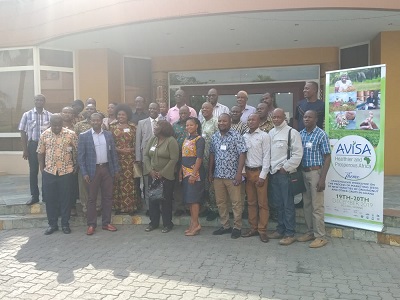 The Director of Crop Services of the Ministry of Food and Agriculture (MOFA), Mr Seth Osei-Akoto has disclosed that the country is facing a shortfall of certified groundnut seeds which has reduced production under the government's flagship Planting for Food and Jobs.

"Based on the demand by farmers to have more certified groundnut seeds to be planted in 2019, the Ministry of Food and Agriculture requested for 400 metric tonnes from the seed companies but the suppliers have failed to deliver them".

Mr Osei-Akoto made this known when he addressed the opening of a two-day stakeholder workshop on the process of marketing seeds of new varieties of groundnuts and other crops on Thursday in Accra.

The workshop was organized by the ICRISAT Seed Systems Team with the support of the AVISA project funded by the Bill & Melinda Gates Foundation.

This workshop is intended as an inclusive platform for seed players to brainstorm and
strengthen their capacity in more market-oriented seed commerce.

Mr Osei-Akoto said he was hopeful that the workshop will further strengthen the value chains of groundnut and other crops in Ghana.

"I would, therefore, urge all groundnut and other crops value chain actors gathered here to seize this moment to build your capacity by brainstorming on how to boost groundnut seed production as well as the use of market intelligence to better plan and deliver
high-quality legume seeds to farmers".

In a presentation titled; "The ingredients of demand-based seed marketing of new varieties of groundnut and other crops in Ghana", Mr Issoufou called for increased collaboration between seed producers in Ghana.

Among the 35 participants of the workshop include; plant breeders, staff in seed regulation and quality control, extension workers in the Ministry in charge of agriculture, seed companies, and traders and other players and stakeholders in the national seed system.

It is expected that the participants will together identify the different market segments and varieties that meet the specific requirements of users, and also agree on key steps leading to more demand-driven seed production.