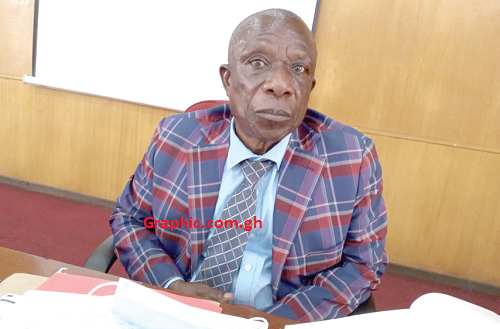 The high importation of meat, the gradual abstinence from the consumption of red meat by the adult population, coupled with low charges of slaughtering animals, is gradually killing the Kumasi Abattoir Company Limited.

In recent times, residents in and around the Kumasi metropolis and indeed the entire region have developed a preference for foreign meat because it is cheaper.

That, according to the Managing Director of the Kumasi Abattoir Company, Mr Joe Owusu Boadi, had slowed down the slaughtering business and was crippling the company.

In 1998 the government of Ghana established the company in Accra and Kumasi through a grant in the form of equipment from the Canadian government to promote the hygienic slaughtering of animals and enhance good health.

The Social Security and National Insurance Trust (SSNIT) was tasked to put the structures together for the commencement of business but it appears its importance is being lost.

With its key stakeholders — SSNIT, the government of Ghana, the Kumasi Metropolitan Assembly and four butchers’ groups, the Kumasi Abattoir remains the legitimate source of hygienic meat processing, yet residents prefer the old ways of slaughtering animals, thereby endangering their health.

Mr Boadi said the current charge of GH¢47 to slaughter an animal was no longer realistic, yet any attempt to increase it could further force butchers to resort to unconventional ways of killing the animals.

Also, he said the cost of importing animals to slaughter was high because of the depreciation of the cedi.

"Each time we try to increase the prices, it is resisted by the butchers and they threaten to go back to their old ways," he said.

Speaking to Daily Graphic on the sidelines of the company's second annual general meeting (AGM) in Kumasi last Thursday, the Mr Boadi said the equipment had also become obsolete and called for immediate replacement.

"The idea is not for the Abattoir to make profit but to promote the hygienic way of slaughtering animals, but you will also agree with me that we need a modicum resource to remain in business, and it calls for national dialogue," Mr Boadi said.

"To charge GH¢47 to kill huge animals including cows, is simply unrealistic, and don’t forget that we need to pay workers at the end of each month," he said.

The company has struck a number of deals with some mining firms to supply wholesome meat to them to feed their workers so it could make "a decent profit."

"This is what is keeping us in business and making us to remain afloat, but for how long?” he asked.

Meanwhile, the AGM discussed the financial statement of the company between 2016 and 2020.

Members agreed that structures ought to be streamlined to ensure that even if the company did not make profit, it should not operate at a loss.

They also called for an immediate upward review of the charges to meet the company's recurrent expenditure.

The auditors of the company, PKF, warned that if the shareholders failed to inject capital or devise ways of making profit, the company may collapse in the next five years.