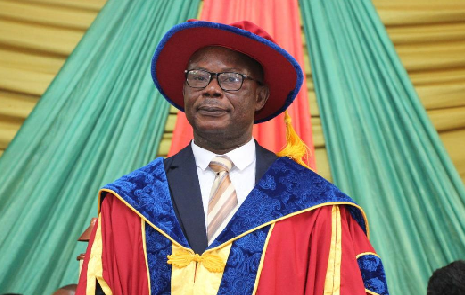 The Kumasi Technical University (KsTU) has been adjudged the best technical university in Ghana and the eighth among 68 public and private universities in the country.

This was made known in a recently published work by Webometrics, a web data that ranks universities around the world.

The Vice-Chancellor of KsTU, Prof. Osei-Wusu Achaw, announced this last Saturday, at the 16th Congregation of the school in Kumasi.

The event saw 3,546 students graduating of which two were for the first time graduating with a Master of Technology degree. Of the number that graduated, 40 per cent were females.

The Webometrics ranking of world universities is one of the largest ranking systems for universities in the world based on a composite indicator that takes into account the volume of web content (number of web pages and files published) and the visibility and impact of these web publications according to the number of external links they received.

The ranking is published by Cyber Metrics Lab, a research group belonging to the Spanish National Research Council (CSIC) located in Madrid.

The ranking is targeted at improving the presence of academic and research Institutions on the Web and to promote open access to publications of scientific results.

The ranking began in 2004 and is updated every January and July.