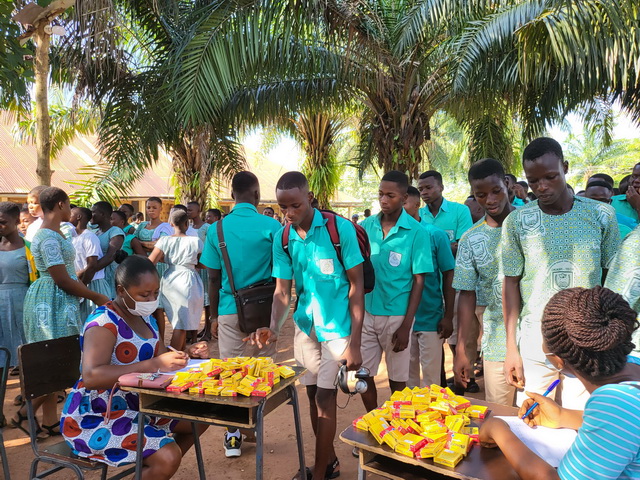 The Member of Parliament for Buem in the Oti region, Kofi Adams, has, in partnership with a number of institutions, completed a three-day deworming exercise for his constituents with a call on them to prioritise their health.

The initiative held from November 12 to 14, 2021, and forms part of the MP’s social intervention programmes, was done in partnership with the Jasikan District Health Directorate and Ghanaian-owned pharmaceutical giant, Dannex-Ayrton-Starwin (DAS) PLC.

This is the first time Mr Adams has launched such a campaign in his constituency.

“We all know the harmful effects of worms in our body and I believe it is high time we made it a habit to deworm every three months as prescribed by health experts. It gives me a lot of joy to have teamed up with DAS PLC and the Jasikan District Health Directorate for this all-important activity.”

Mr Adams further stated that as long as he remained Member of Parliament, he would continue to embark on similar activities for his constituents.

Over eleven thousand Buem residents thronged designated centres to receive their free deworming tablets for soil-transmitted helminthiasis which are spread by eggs present in human faeces which in turn contaminate soil in areas where sanitation is poor. 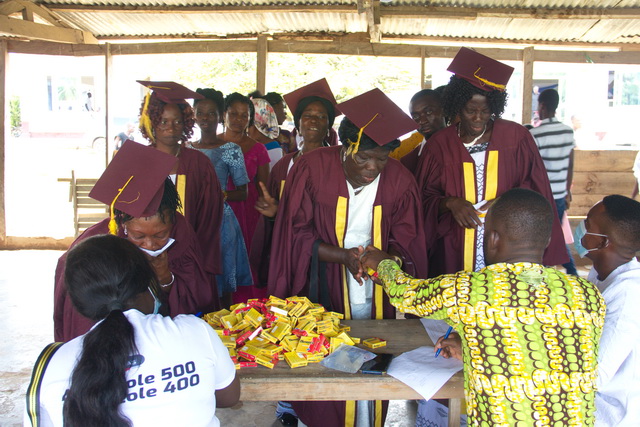 Residents of Okadjakrom, New Ayoma, Teteman (hometown of the MP), Bodada where part of the communities administered the tablets.

The Chief Imam of Kotokoli Zongo (one of the beneficiary communities), Alhaji Ibrahim Adam commended Dannex- Ayrton - Starwin for their immense support.

“For you to have travelled from the capital to Buem with our MP to do this, proves your love for us and we hope this exercise will continue”, Mr Ibrahim said.

Addressing residents of Teteman during the distribution of the dewormers, the Marketing manager of DAS PLC, Kwame Ampong Asomaning said, ‘’we decided to come on board this project because we believe it is a worthy cause which also falls under our mantra for our own deworming campaign which is “CARING FOR LIFE”.

For his part, the Acting Director, Health Services, Jasikan District, Isaac Annobil said the exercise was useful and timely.

“Worm infestation falls within the list of our top ten diseases as a district and that is a bit of a concern to me. When we heard about this, we had no choice than to join the train because we knew how impactful it would be”, Mr Annobil said. 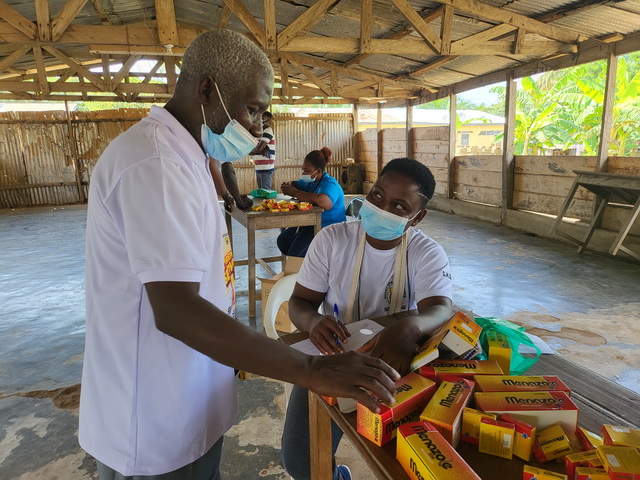 The Jasikan District Health directorate provided technical support and education on how the drug should be administered while Dannex-Ayrton-Starwin supported with its Menazole dewormer brand. 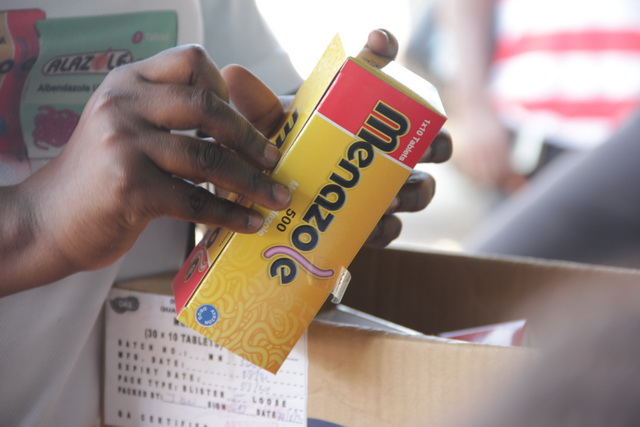 According to the World Health Organisation, approximately 1.5 billion people worldwide are infected with soil-transmitted helminths. They are transmitted by eggs present in human faeces, which contaminate the soil in areas where sanitation is poor. The effects of worm infestation may include dysentery, itching and malnutrition especially in children.