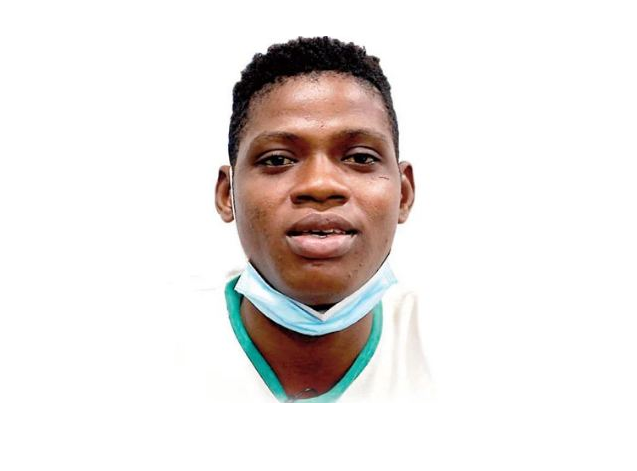 The death of the key suspect in the murder of Law lecturer, Professor Yaw Benneh, will not derail or halt investigations into the case.

This is because a second accomplice in the murder case has been arrested in Tema and is currently assisting the police in their investigations.

Highly placed police sources who are familiar with the case disclosed this to the Daily Graphic in Accra yesterday.

The key suspect (now deceased), James Nana Womba, 26, who was a cleaner in the late lecturer’s house, died at the Police Hospital in Accra last Saturday evening.

According to the police, the deceased fell sick shortly after being paraded at the Headquarters of the Criminal Investigations Department (CID) during a press conference by the Director General of the CID last month.

Womba was first admitted to the Police Hospital for some days and later discharged. However, he was rushed to that hospital again last Thursday when he had difficulty breathing while in police cell.

Womba was put on oxygen from last Thursday until Saturday evening when he breathed his last.

The sources said the body of the key suspect had been deposited at the Police Hospital morgue for autopsy.

The cleaner was one of five suspects arraigned before the Kaneshie District Court, which freed three of them after the state had said it did not have enough evidence to back charges against the three.

Explaining why the death could not derail the case, the sources said initially Womba had mentioned Opambour Agya Badu Nkansah as his accomplice in the murder of the Law professor, for which reason Nkansah was arrested, charged with unlawful and intentional cause of death and murder and later remanded.

But just before the CID held a press briefing to provide an update on investigations, Womba allegedly confessed that Nkansah knew nothing about the murder, and that his (Womba’s) accomplice came from Tema for the robbery.

Womba subsequently led the police to the alleged accomplice’s hideout in Tema where he was arrested.

She said armed policemen broke the news about his demise to her at her residence in Accra yesterday.

Ms Nona, who could not hold back her tears, said she was in shock when the armed policemen stormed her residence with the bad news.

“I visited my son exactly a week ago and he was in good health. So I am surprised they’re telling me of his demise,” she said.

Meanwhile, Womba’s mother is suspecting foul play in the death of her son, reports Justice Agbenorsi

Briefing the Daily Graphic, Ms Nona said she visited her son who was in custody a week ago and explained that she had never provided Womba with food since his arrest, adding that she suspected that someone poisoned him.

She said she was convinced that Womba would ultimately come home even if he was convicted.

She said Womba, who was her first son, was the breadwinner and now that he was no more, she wondered how the family would survive.

The gruesome murder of Prof. Benneh, a University of Ghana Law lecturer, at his Adjiriganor mansion in Accra on September 10, this year was believed to be an inside job, as there were no signs of a break-in at the mansion where the lecturer lived a solitary life.

Further investigations by the CID revealed that the late suspect had a spare key to the mansion and had gone there with his accomplice to steal, not to kill.

But when the professor fiercely resisted the robbery attack on him, they killed him.

The body was found three days later, with a piece of cloth stuffed in his mouth and his hands tied behind his back.

The deceased suspect and his accomplice were said to have taken two mobile phones, GH¢450 and the central processing unit (CPU) of a desktop computer in the house,  which they dropped into a sceptic tank in the house.

“Based on forensic evidence gathered from the crime scene, the cleaner was subjected to further questioning and he broke down and confessed,” the Director-General of the CID, Commissioner of Police (COP) Mr Ken Isaac Yeboah, told reporters during the press briefing.

In what was said to be his confession, Womba reportedly said that Prof. Benneh had shouted for help as he resisted the attack.

Prof. Benneh had retired from the university but worked on contract and lived alone in his mansion, not far from American House.