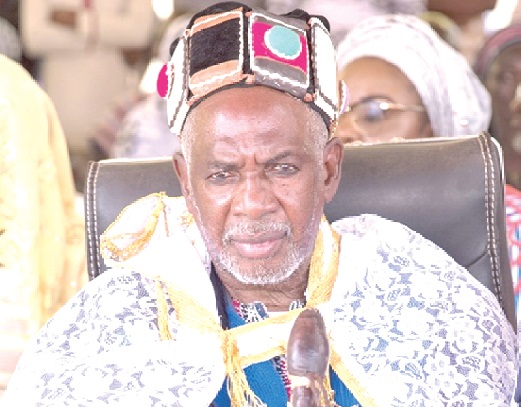 The Paramount Chief of the Walla Traditional Area, Naa Fuseini Seidu Pelpuo IV, has called on officials of the National Petroleum Authority (NPA) to educate citizens more on their roles, especially in relation to the escalating prices of petroleum products on the market which goes to affect the very lives of all citizens.

He said over the years, the NPA had kept a low profile, so the ordinary citizen did not understand its roles and how they affected their livelihood.

Naa Fuseini Pelpuo IV made the call when officials of the NPA, led by the Chief Executive officer, Dr Mustapha Abdul-Hamid visited the region as part of a five-day familiarisation tour of the northern sector of the country.

The paramount chief said since prices of petroleum affected every facet of the economy, the NPA had the duty to educate citizens on what went into the uncontrolled price of the products.

He said citizens did not know anything about the activities of the NPA and, therefore, thought their activities did not affect them in any way, but their visit to the region had served as an eye-opener and, therefore, asked for more of such visits in future.

Naa Fuseini Pelpuo IV used the opportunity to commend the government for introducing some social policies and programmes which had improved the lives of the people, notably the Free Senior High School, Planting for Food and Jobs among others.

He said a lot of schools were, however, without furniture and some communities still lacked potable water.

Dr Mustapha Abdul-Hamid who earlier paid a two-day visit to the region, called on the Upper West Regional Minister, Dr Hafiz Bin Salih, and said he was in the area to inspect some operations under the NPA such as filling stations, storage facilities and depots to enable him to formulate proper policies to enhance quality fuel production.

He noted that the government was doing everything possible to stabilise the price of fuel so that it would not bring untold hardship to the people.

He took the opportunity to announce that the government did not control the prices of fuel on the market but the various taxes which the people were crying about had been put there to enhance the development of the country.

Welcoming the officials of NPA, Dr Bin Salih, asked for the cooperation and support of the authority to control the adulteration and smuggling of petroleum products out of the country, noting that the practice was prevalent in the region and they were doing their best to control it.