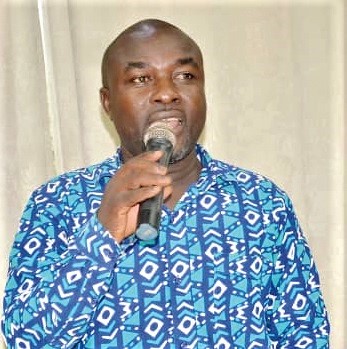 The National Inland Canoe Fishermen Council (NICFC) has supported the government’s policy to set up an automation system for the distribution of premix fuel in the country.

It, however, urged the government to increase the price of the product from GH¢7.50 to GH¢10.00 to prevent hoarding and hijacking.

“We believe that the automation of the distribution of premix fuel will ensure equitable distribution to the fishermen and prevent the activities of a ‘cartel of dubious persons’ who engage in the negative practices to the detriment of the people” it said.

Addressing its Annual General Meeting in Accra, the President of the Council, Mr Jacob Kabore Tetteh Ageke, said members of the council had suffered over the years in obtaining premix fuel for fishing and ended up buying the product at more than triple the government’s subsidised price.

That, he explained, had informed their position for a marginal increase in the price of the product to enable the Ministry of Fisheries and the Council to put to fruitful use the margin of increment for the benefit of the fishermen and the council in fighting the menace of child labour.

“The welfare of aged members who are no longer able to fish and the construction of a modern Fishing Market Complex for members who ply their trade along the Volta Lake is our concern” he said.

Mr Ageke said in addition to using the marginal percentage increment for the good and benefit of the fishermen and women, including the ability to fund the purchase of outboard motors and other fishing equipment, that decision would also prevent the smuggling of the product which enriched only a few individuals who had planted themselves in the chain of the distribution.

He said when the Council was allowed to handle the distribution of the product to the Inland fishermen, the objective of the government to improve the welfare of the people on Volta Lake, was achieved rather than the current situation which worked against the interest of the fishermen.

“We don’t want the government to buy outboard motors and nets for us. We want to have money for our council to buy our own fishing equipment for distribution to our members”, Mr Ageke stressed.

The National Inland Canoe Fishermen Council is the umbrella organisation for the 1,600 communities around the Volta lake across 34 districts with over 80,000 fishermen and 20,000 fishmongers.