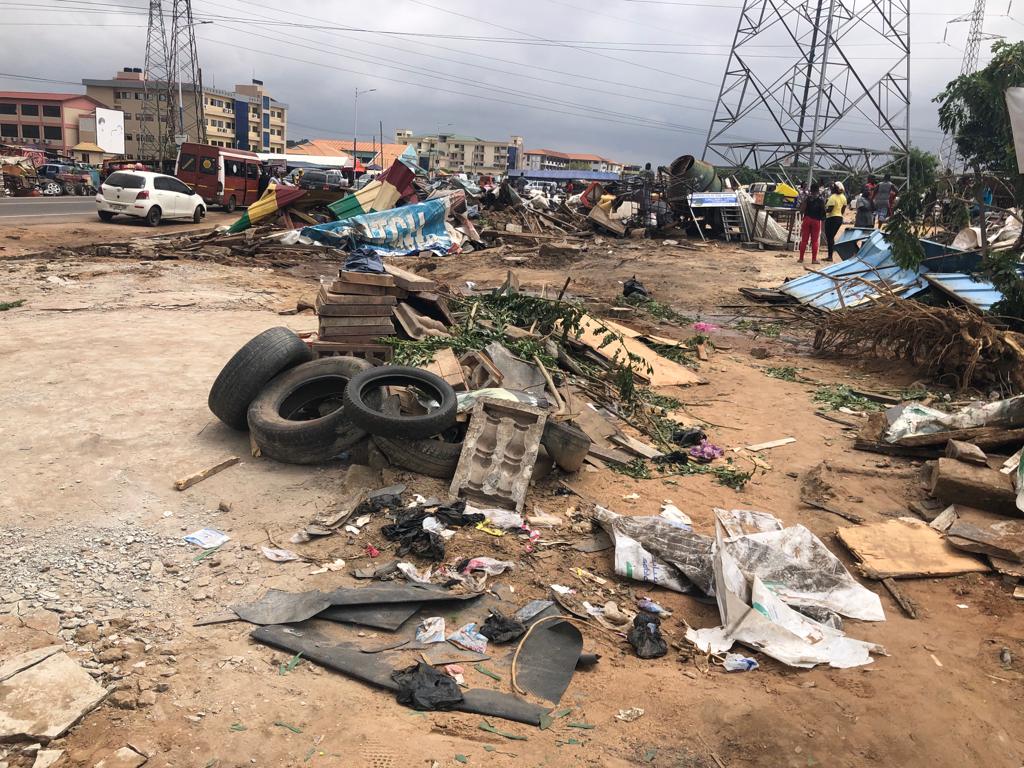 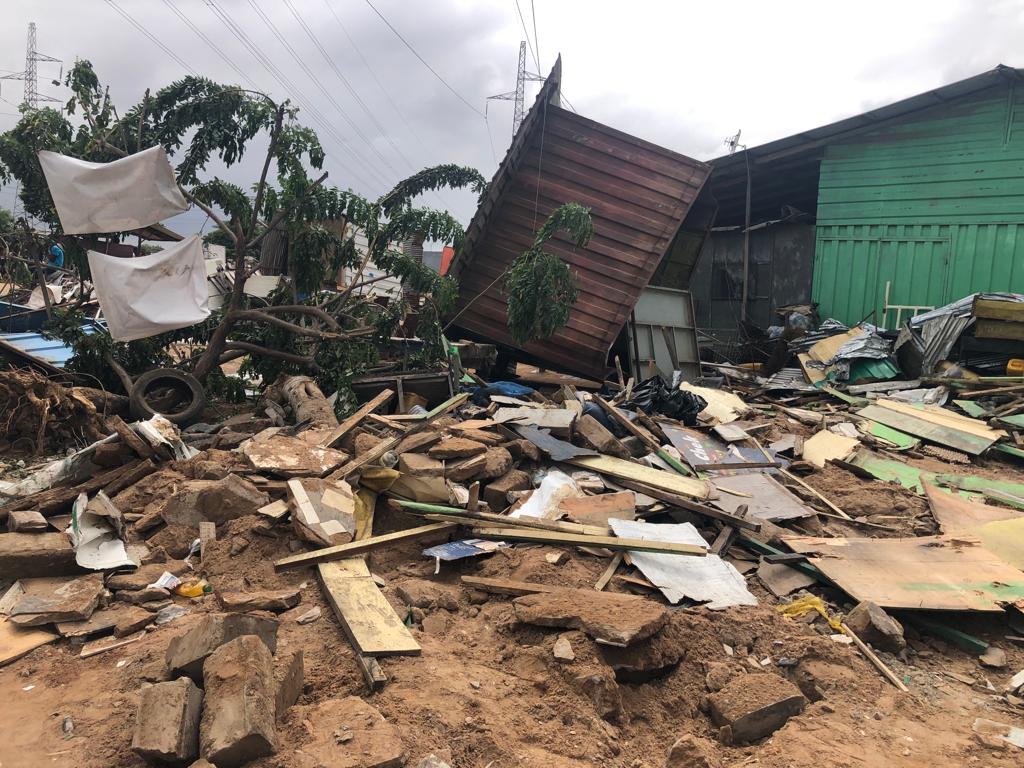 The exercise, which started around 5am saw the demolition of makeshift wooden structures, kiosks and other structures used by mechanics, and other artisans as their business premises.

When Graphic Online visited the site near the Bawaleshie Basic School, scores of squatters were frantically packing their belongings.

Some wailed in anguish as they counted their losses. 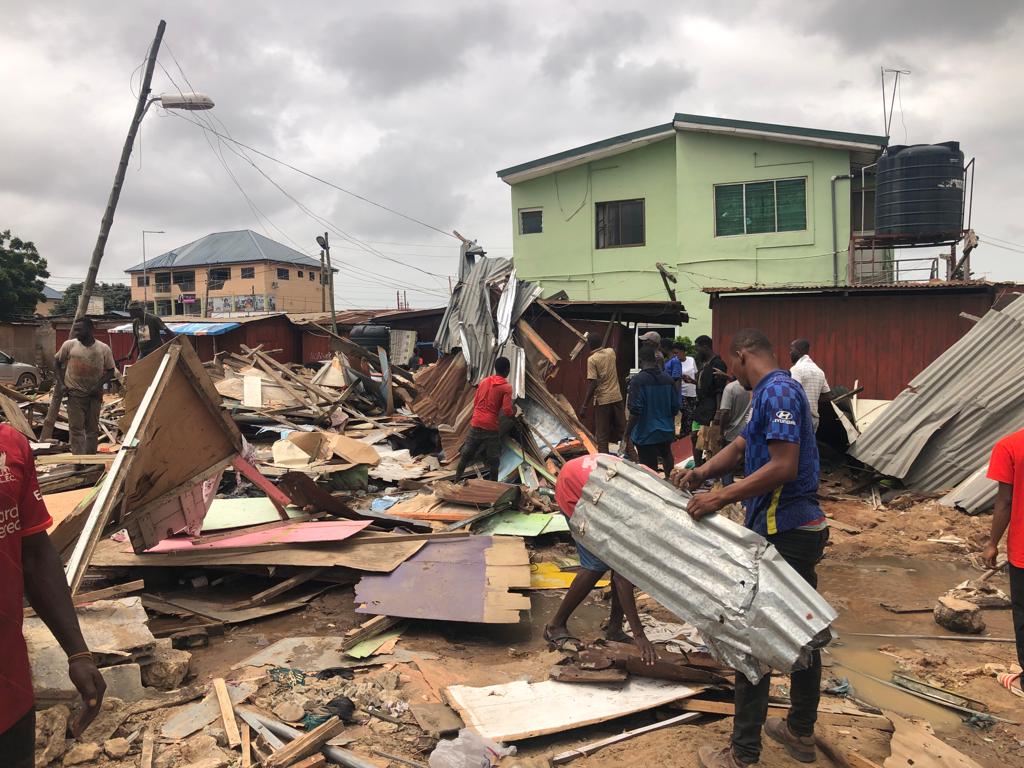 GRIDCo has explained that the exercise was necessary to clear the areas where the high tension lines were sited from human activities to prevent any disaster in the future.

Some of the squatters, however, accused GRIDCo and the authorities of not being truthful about the real reason for the demolition.

An auto electrician, who gave his name as Asiedu, said although the squatters were aware of the health risks associated with the high tensions, they had no option but to continue to ply their trade there due to the lack of funds to rent other places.

“We have to survive, it is not easy finding a place to establish your business. If we had the means, we would have moved away, but lack of funds has made it impossible to move,” he said.

According to him, they were risking their health in order to survive, adding “we have nowhere to go.”

Another squatter, who is also an auto mechanic , Philip Osei, told Graphic Online that although they had no right to be on the land, they were pleading with the government to conduct the exercise with a human face and have mercy on the squatters.

A lottery operator, Mr Osei Gyawu, who has been operating business on the land for the past 22 years, the reasons the Task Force gave for the demolition were in order, but he expected them to be given a relocation notice to enable them prepare.

The 62-year-old businessman added that his worry was how to start all over again, since he wasn’t prepared for this unfortunate event.

“I came this morning only to see this and I think it is not fair, at least they should have told us something so that we make plans for it. It is a shock to me, I have been here for the past 22 years. I have workers and this demolition means they will be unemployed again because I am now going back to the drawing board to re-strategise,” Mr Gyawu said. 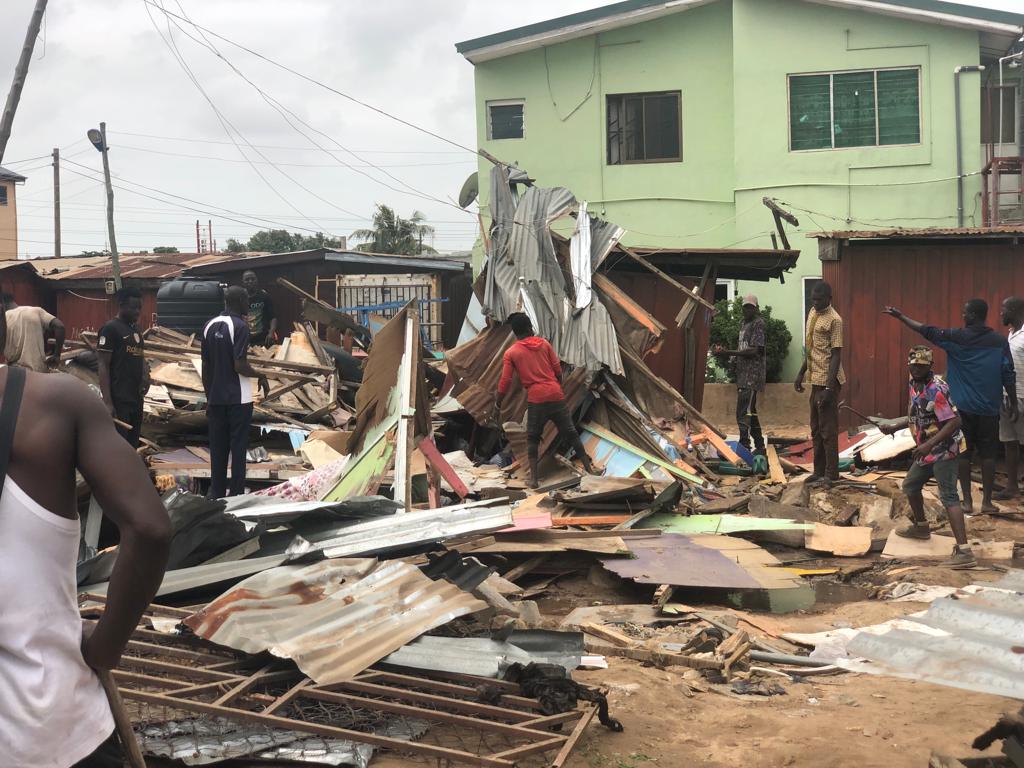 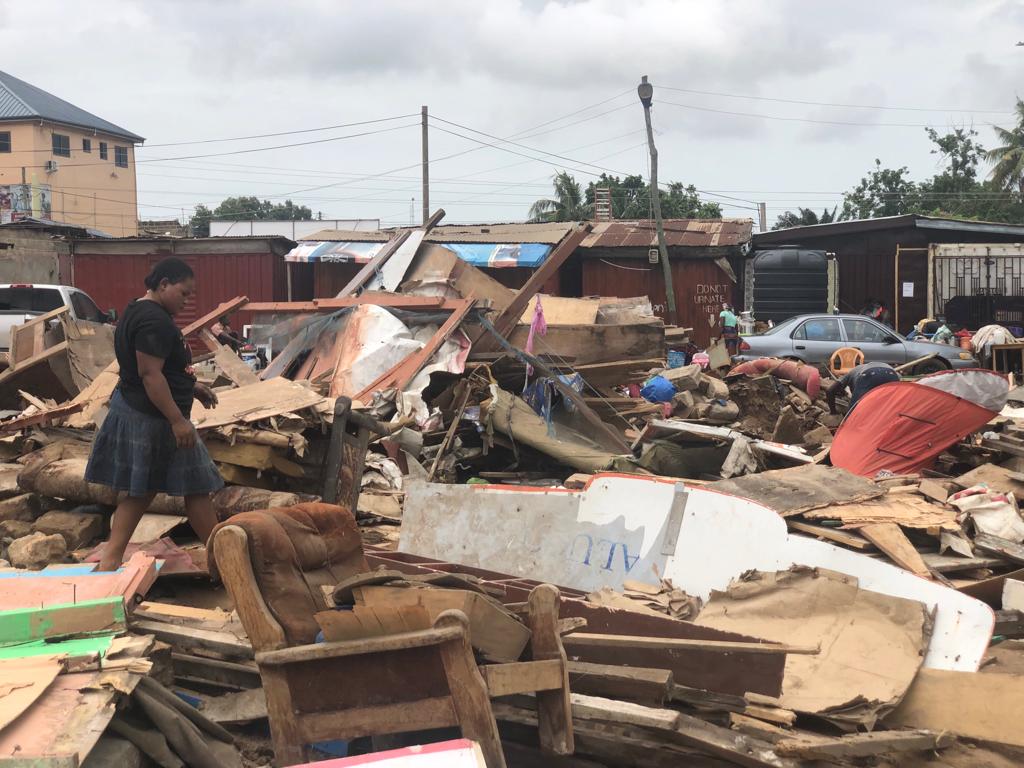 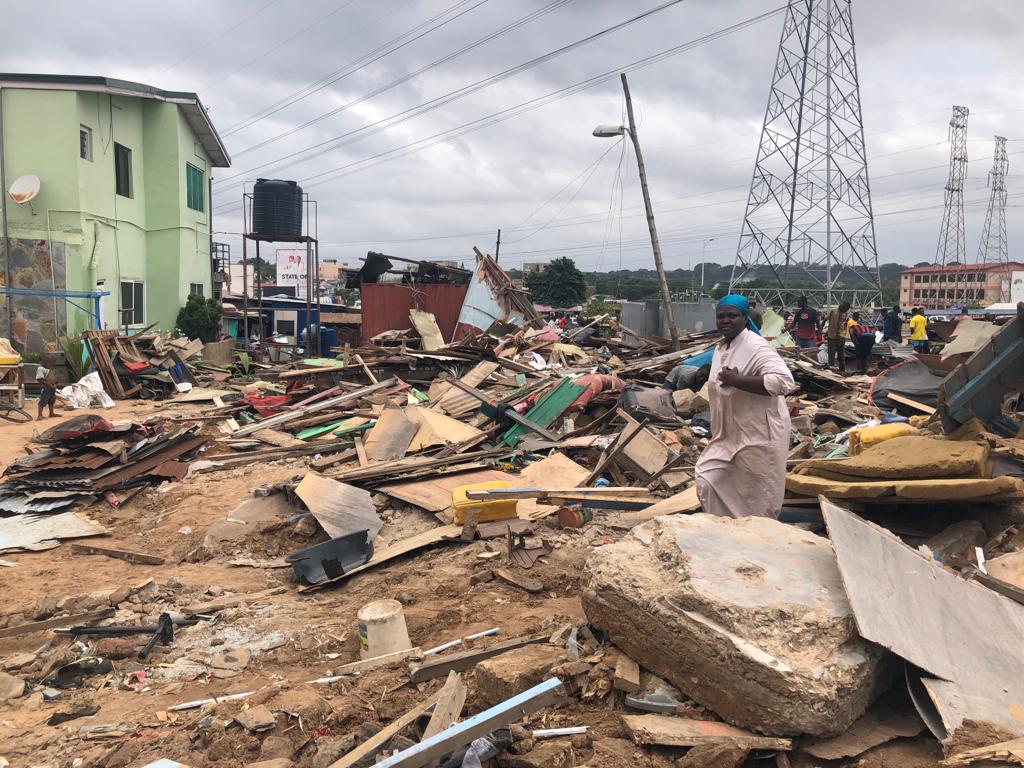 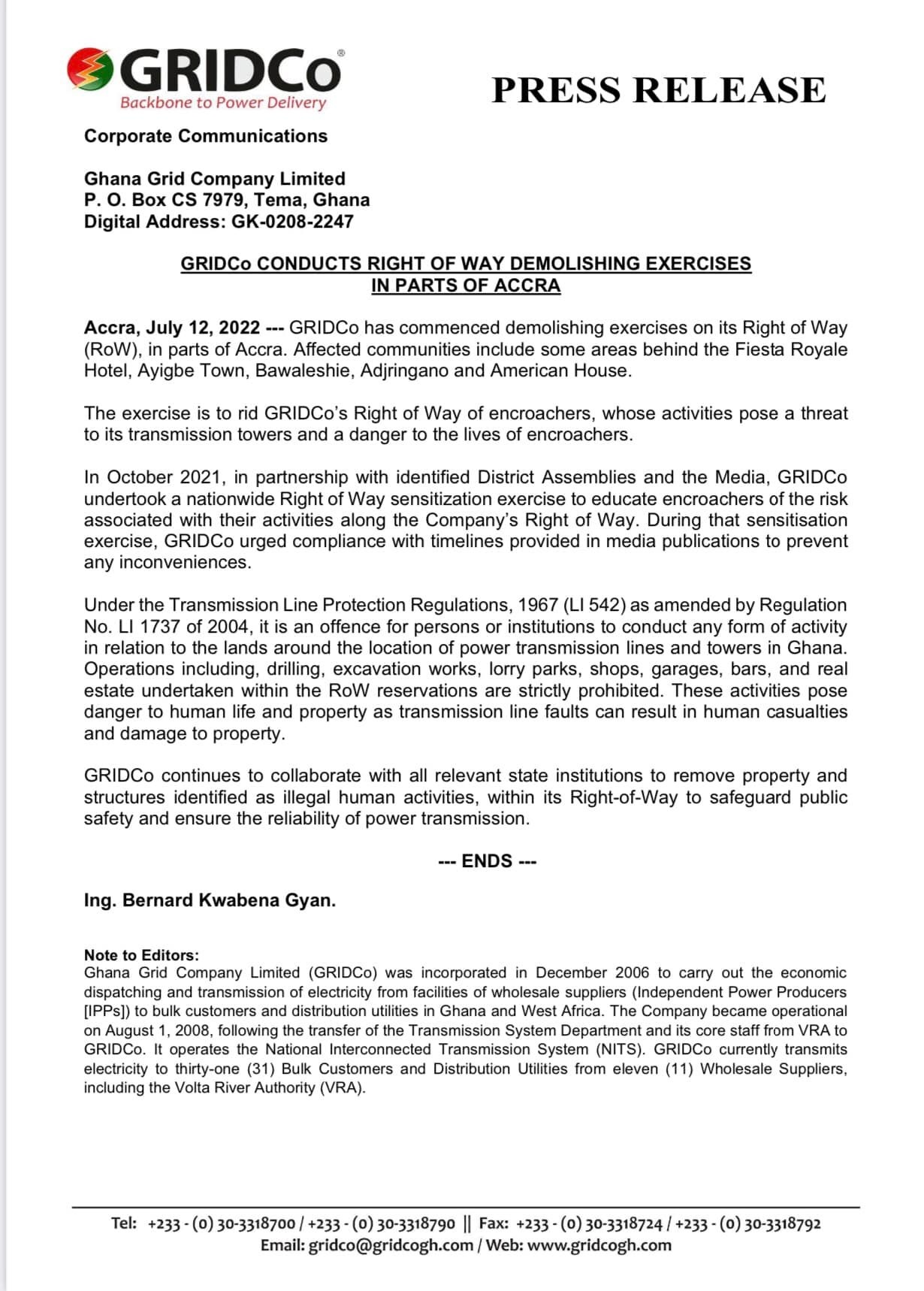