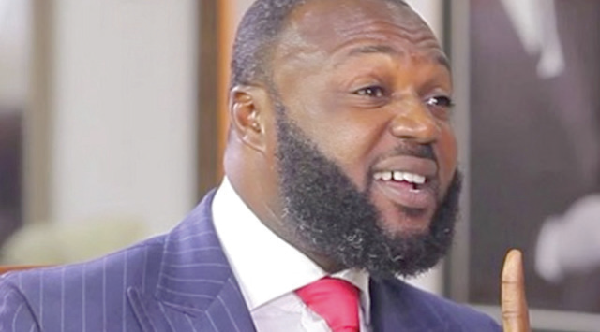 The Accra High Court has told the founder of the defunct Capital Bank, William Ato Essien, who has been accused of collapsing the bank that it would not allow him to delay the trial.

The presiding judge, Justice Eric Kyei Baffour , a Justice of the Court of Appeal, sitting as a High Court judge, was not particularly happy yesterday when Ato Essien failed to show up to continue with his defence.

Counsel for Essien , Mr Baffour Gyawu Ashie Bonsu, presented a medical report that his client was seeking treatment for a a condition known as obstructive sleep disorder, and therefore prayed the court to adjourned the case for two weeks.

Justice Kyei Baffour , however, said he did not see the said condition affecting Ato Essien as one that should prevent him from attending his trial.

“Having opened his defence in respect of the charges against him which provides for anxious moments, these symptoms are natural and I do not see it as a good basis for the first accused (Essien) being absent from court” he said.

The presiding judge added that he had observed that Ato Essien was unnecessarily delaying with his testimony as part of his defence, adding “the court has observed the snail pace approach that has been adopted.”

In view of that , Justice Kyei Baffour decided to put in place new measures to curtail any further delay.

He, therefore, ordered Ato Essien and the two other accused persons to file their witness statements and that of other witnesses they intended to use as part of their defence.

“The witness statements are to have all the necessary attachments by way of documents that the accused persons intend to tender as exhibits before the court,” he ordered.

Justice Kyei Baffour further directed that if Ato Essien and the other accused persons wanted to enter the dock and give their testimonies, they should also file their statements before the court.

“The accused persons are afforded a period of 12 days to comply with the orders of the court.

The order must be complied with on or before Tuesday, the 7th of December 2021,” Justice Kyei Baffour ordered.

Ato Essien is standing trial with the Managing Director (MD) of the defunct bank, Fitzgerald Odonkor, and the MD of MC Management Services, Tettey Nettey.

MC Management Services is said to be owned by Essien.

It is the case of the prosecution that Ato Essien, with Odonkor’s aid, transferred the liquidity support to certain companies either controlled by him or in which he had interest.