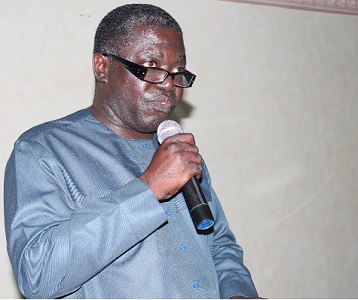 The Ministry of Lands and Natural Resources has declared August 1 to December 1, 2022, as the closed season for hunting in the country.

By that declaration, a ban has been placed on the hunting, capture and destruction of wildlife species.

The four-month ban was announced by the Deputy Minister of Lands and Natural Resources in charge of Forestry, Benito Owusu-Bio, last Friday in accordance with the Wildlife Conservation Regulations, 1971 (L.I. 685).

L.I. 685 states: "During this period, the hunting, capturing or destroying of any wildlife species is absolutely prohibited. The only animal that could be hunted during closed season is the grasscutter, but with a valid license issued by the Wildlife Division. Any person who contravenes any provision of these regulations shall be guilty of an offence and liable on summary conviction to a fine".

Mr Owusu-Bio said the institutionalisation of the closed season was one of the measures meant to protect wildlife species.

He observed that the closed season provided the necessary conditions for animals to procreate, nurse and nurture their young ones for replenishment.

The deputy minister said wildlife provided enormous benefits such as ecotourism, research, medicine and environmental protection, for which reason, they must be preserved.

To ensure compliance with the closed season, Mr Owusu-Bio directed the Wildlife Division of the Forestry Commission to ensure that rangers and forest guards intensified their monitoring activities in forest and off-reserve areas across the country.

He also called for urgent steps to curb the increasing cases of poaching and destruction of wildlife species in the 21 protected areas across the country.

"Indiscriminate hunting, bushfires, unregulated farming and poaching, if not checked, will bring some of the wild animal species under serious threat of extinction," he said.

The deputy minister said as part of measures to sustainably manage and utilise wildlife resources, the Wildlife Bill had been put before Parliament for consideration to be passed into law to provide the legal framework to support effective management of wildlife.

The Executive Director of the Wildlife Division of the Forestry Commission, Bernard Asamoah-Boateng, said his outfit would take the necessary steps to enforce the ban on hunting to give the wild animals some respite during breeding.

He said through the vigilance of the division, 144 illegal hunters, popularly called poachers, were arrested for flouting the closed season directive last year.

He said 57 of those cases had been successfully prosecuted, with the rest at various stages of prosecution.

Mr Asamoah-Boateng said 33 Community Resource Management Area (CREMA) covering 784,999 hectares of land had been created in 78 communities across the country to support the division to protect wildlife.

He urged hunters and dealers in wildlife enterprises to be circumspect in carrying out their trade by adhering to the law and obtaining the needed permits during the closed season.

He also called on chiefs, security agencies and non-governmental organisations in the environmental conservation space to help in enforcing compliance during the closed season.