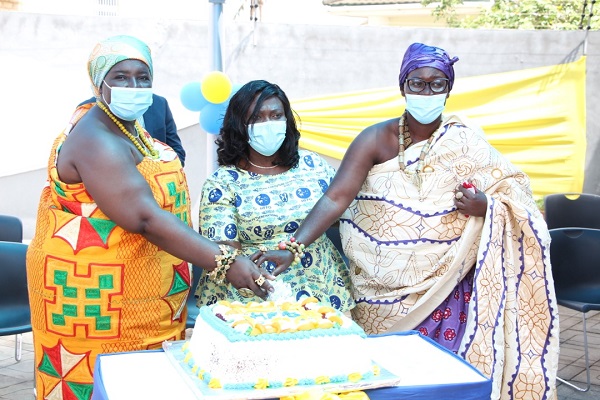 Hope for Future Generations (HFFG), a women’s led national community-based non-governmental organisation operating in all the 16 regions of Ghana has launched its 20th-anniversary celebration.

The year-long anniversary is themed: “20 years of promoting good health and gender equality through sustainable interventions; a foundation for the future.”

Over the course of its 20 years of existence, HFFG has been involved in issues affecting women, children and young people including persons with disabilities and mental health conditions, through life-changing interventions across Ghana, positively affecting millions of lives in project communities.

Speaking at the launch of the anniversary at HFFG’s Head Office in Accra, the Country Director of UNAIDS-Ghana, Madam Angela Trenton-Mbonde congratulated HFFG for its commitment and contribution to the call for sustainable development in Ghana.

She said the organization has impacted various groups of people, including the aged, women, young people living with HIV and persons with disabilities.

Madam Angela Trenton-Mbonde said: “HFFG, through strong partnerships, has in the past years contributed immensely towards preventive health in Ghana. UNAIDS has followed HFFG’s activities and interventions, and we are impressed by its tenacity, strength, perseverance, and commitment to its mission.”

The UNAIDS-Ghana Country Director charged the board, management, staff and volunteers of HFFG to continue to empower millions of people across the country with more innovative interventions. 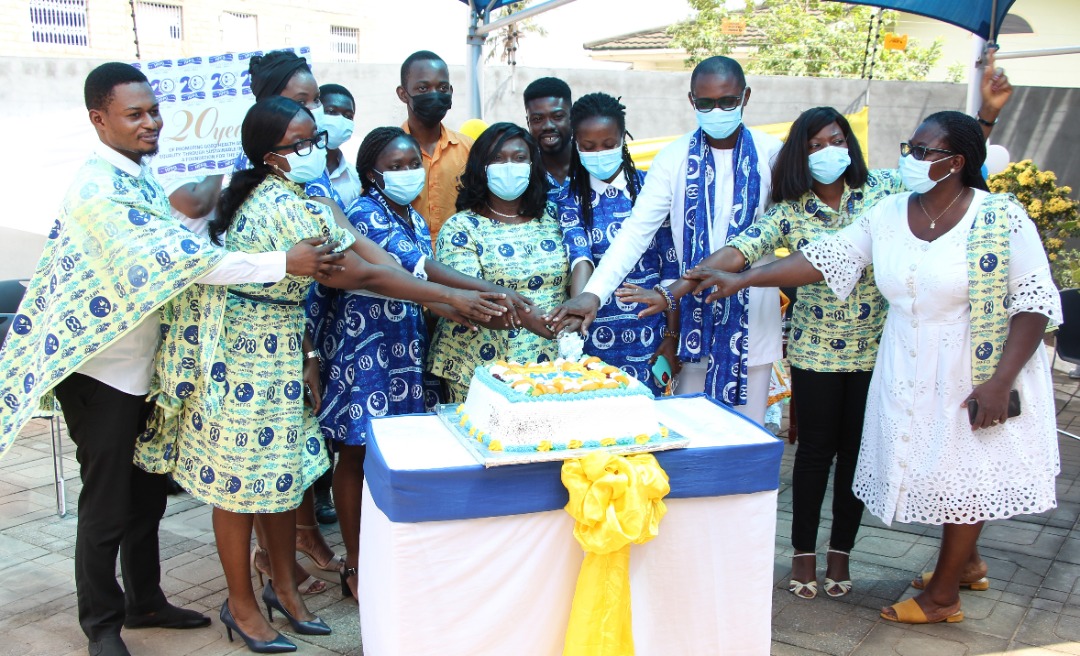 HFFG has won several international and national awards including a recent one from the Ministry of Gender, Children and Social Protection for being supportive of all health-related activities of the Department of Gender as well as International Women’s Day.

The Board Chair of HFFG, Reverend Dr. Abraham Nyarko, said the anniversary offers HFFG the opportunity to reflect on the life of the organization, its achievements and look into a brighter future.

“For 20 years, we have had to learn to unlearn, adapted and modified to reach where we are today. One thing however remains remarkable through the changing phases of our existence; empowering women, children and young people including people with disabilities to reach their full potentials through participatory strategies. We celebrate this day not because we are chronologically 20, not because we have survived, but we do so because through the help of God and the sterling support of many stakeholders (government and its agencies), we have made impact,” he said.

The Paramount Queen Mother of Mankesim, H.R.M. Nana Ama Amissah III, who was the Chairperson of the event congratulated HFFG and its Executive Director, Mrs Cecilia Senoo for the supportive role the organization has played in advancing the wellbeing of women since its establishment in 2001 at Mankessim in the Central Region.

In 2018, HFFG contributed to changing the lives of over 241,540 women and girls through innovative community empowerment and life-changing projects.

According to its 2020 Annual report, the organization made a positive impact in the lives of over 64,000 beneficiaries in the year. In all 1,145 women were equipped with business skills training.

Similarly, 3,474 persons benefited from face-to-face sensitization on Sexual Reproductive Health and Rights education and were empowered to report every form of Violence against Women and Girls (VAWG) in interventions such as the Golden Line Programme (GLP) and the Get Up, Speak Out (GUSO) project

Activities lined up to mark the anniversary include: rebranding of the organisation and outdooring a new logo, beneficiary engagements, media engagements, a book launch, sporting activities and stakeholder engagements at both national and sub-national levels.