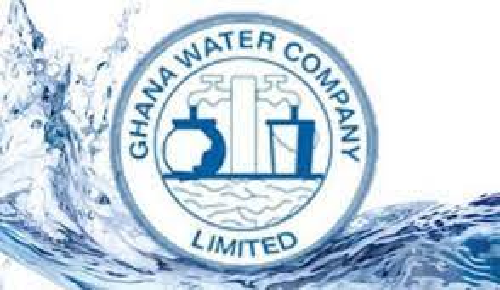 At least half of raw water extracted at treatment plants at galamsey-prone areas have been lost due to the high pollution, also known as turbidity of the water, the Ghana Water Company Limited (GWCL), has stated.

Most of the water bodies have lost their transparency due to the presence of suspended particulates, and the loss is against the World Health Organisation’s requirement where only about five per cent of extracted water could go waste.

The Head of Public Relations and Communications of the GWCL, Stanley Martey, who disclosed this to the Daily Graphic, said the pollution was mainly due to the devastating effects of illegal mining, popularly known as galamsey.

The situation, he said, had reached alarming levels and was increasing the company’s cost of production by the day as more had to be spent to improve the turbidity levels.

The rising costs come in the form of using more treatment chemicals, the frequent break down of equipment, especially pumps and the rising levels of energy usage.

“For most of the affected rivers, out of every 5,000 cubic metres of water extracted, we lose 50 per cent of it due to high turbidity,” he said.

Mr Martey mentioned some of the heavily affected rivers and water bodies as the Black Volta, the Nawuni, Bia, Tano and Offin rivers and parts of the Volta River at Kpeve.

Also affected are the Oda River at Obuasi, Barekese on the Offin River and the Owabi River in Ashanti, the Pra River in the Central Region, Daboase River and the Bonsa at Tarkwa.

“In the Volta Region, however, the Volta River at Kpeve is being polluted by aquaculture due to the fish feeds dropped into the river. The feeds enrich the soil in the river which then grows aquatic roots,” he said.

Mr Martey said the nephelometric turbidity unit (NTU) — the unit for measuring turbidity of water extracted for treatment — had moved to between 5,000 NTU and 15,000 NTU from the previous levels of between five and 15 NTU.

“The Oda River from which we extract water to serve Obuasi and its surrounding communities is one of the rivers that has lost its turbidity,” he said.

Mr Martey said although polluted water could be treated, it was not economically prudent to treat water with high turbidity.

“We can treat it to meet the best of standards such as the World Health Organisation and the Ghana Standards Authority’s standards, as well as our own guidelines.

“Under normal circumstances we use alum, which is not expensive to treat water, but now we are forced to use a different chemical known as polymer, which is more expensive because we want to meet the accepted standards.”

He further indicated that the GWCL’s treatment plants now used 10 times more chemicals than what was previously used in treating water.

“This has astronomically increased the cost of production and that is our main problem as a company.

“For instance, at the Konongo treatment plant at Konongo Odumasi in the Asante Akyem Municipality, the chemical consumption rose from GH¢8,000 in a month to GH¢79,000 in a month,” he said.

Mr Martey also mentioned that most treatment plants had to be frequently shutdown to allow for the maintenance of their pumps to protect the life span of the pumps.

“We are forced to undertake water demand management to ensure equitable distribution of the water in the system. So we segregate the community to serve one area for three days and after we serve another community,” he said.