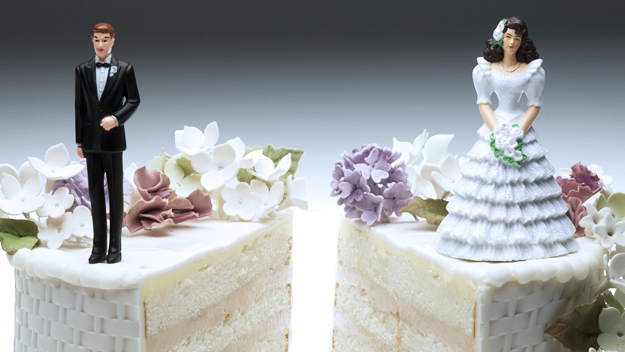 A marriage in Saudi Arabia lasted just two hours – because the bride broke an agreement not to share pictures of the ceremony over Snapchat.

The groom, upon learning that images of the wedding had been sent to female friends of his new wife, immediately filed for divorce.

The agreement not to share pictures or video of the ceremony was apparently a binding one, Saudi press reported.

The bride’s brother told Saudi daily Okaz: ‘There was a prenuptial agreement between my sister and her fiancé that she would not use social-media applications such as Snapchat, Instagram or Twitter to post or send her pictures.

‘It was included in the marriage contract and became binding. Regretfully, my sister did not honour the pledge and used Snapchat to share pictures from the wedding ceremony with her female friends, resulting in the shocking decision by the groom to cancel their marriage and call for divorce.’

Earlier this year a Saudi husband divorced his wife hours after their wedding because she was too busy texting her friends to consummate the marriage.

The groom took his Saudi bride back to their hotel room after the ceremony in the city of Jeddah.

But when he tried to get intimate with her, he was pushed away by his wife because she was trying to respond to congratulatory messages from friends on her phone.

She became angry when he asked her to stop.

A relative told Saudi daily Al Watan at the time: 'The groom tried to get closer with her and more intimate, but he was shocked when she ignored him, not responding to his words and action.

'When he asked her if her friends were more important than he was, the bride answered that they were.'

The argument became heated and the groom stormed out of the hotel, telling his wife that he wanted a divorce.

Gulf News, which cited Al Watan, reported that a court had referred the case to a reconciliation committee, but the husband insisted on a divorce.

According to a Saudi legal expert, around 50 per cent of divorces involved newlyweds.

Ahmad Al Maabi said: 'Misunderstandings, differences in views and the easy approach to marriage without a deep appreciation of the responsibilities are among the major causes for divorce among young people.

'Marriages are bound to fail when there are no robust foundations or trust.'