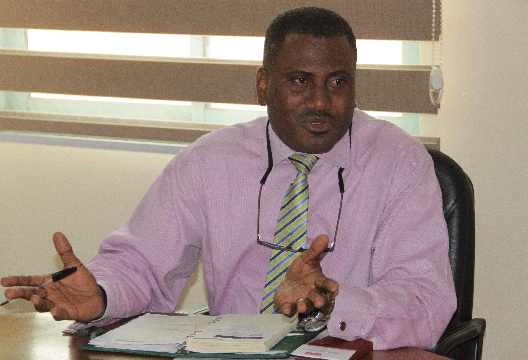 The Graphic Communications Group Limited (GCGL) has begun an initiative aimed at promoting peace before, during and after this year’s general election.

The initiative, dubbed: ‘Graphic Corporates in Ghana Peace Campaign’, is being undertaken in partnership with Spring Consult Ghana, an ICT-based company that is into printing and advertising.

“We have agreed to campaign together on the strength of the GCGL’s ability to disseminate credible, accurate and truthful information,” the Director of Marketing of the GCGL, Mr. Franklin Sowa, said in an interview with the Daily Graphic.

He said the GCGL’s information dissemination capability was being leveraged to preach about peace in the country, which had become a beacon for democratic governance on the continent and beyond.

“People believe what they read in the Daily Graphic and other publications of the group and so we believe we have the muscle to engage the entire nation to work towards peace before, during and after the upcoming elections.

“It requires the involvement of all and sundry, including Corporate Ghana. We are, therefore, resolved to engage many corporations in the country and get them on the bandwagon,” he said.

Mr. Sowa hinted that about 1,300 companies had been contacted, with an impressive number of them committing to lend their support for the exercise, which would be taken to all parts of the country.

He said the peace campaign activities would be publicised not only in the Daily Graphic but also the other GCGL brands, such as The Mirror, Graphic Showbiz, Graphic Business, Graphic Sports, the Junior Graphic and the online portals: graphic.com.gh and the Graphic NewsPlus.

“There will be coverage of town hall meetings in selected regions, at which stakeholders, including traditional rulers, political parties, the National Commission for Civic Education, the National Peace Council, the security agencies, religious bodies, civil society organisations and opinion leaders, will be engaged,” he said.

According to Mr. Sowa, the thousands of goodwill messages that would be received from around the country and from organisations would be put together in a document and presented to the Presidency, the Electoral Commission (EC) and the political parties to remind them of people’s commitment to peaceful elections.

He said the first event on the timetable was a town hall meeting to be held in Kumasi for the Ashanti and the Bono regions on October 29, while the second, scheduled for Tamale on November 12, would cover the regions in the north of the country.

The third, he said, would take place in Ho on November 26 to take care of the Eastern and the Volta regions.

He said the campaign would go on until the end of January next year.

The Editor of the Daily Graphic, Mr. Kobby Asmah said, while the Daily Graphic was mandated to give equal coverage to the activities of all the political parties, beyond that it also owed it a duty to get the political actors and other stakeholders to work towards peace before, during and after the elections.

He said the Daily Graphic was the epicentre of elections coverage in the country and as such it was essential that its coverage of election-related activities adequately informed and influenced decision makers to get them to commit to peace.

He said the town hall meetings would have representatives from the EC, the Commission on Human Rights and Administrative Justice (CHRAJ), the Trades Union Congress (TUC), managers of educational and health institutions and other identifiable groups who would share their knowledge and also brainstorm on the need for peace before, during and after the elections.

“Additionally, the political parties attending the town hall meetings will be made to make public show of their commitment to peace before, during and after the elections. We hope that this will go a long way to ensure peaceful conduct of the elections. as people will hold them to their word and commitments,” he added.

The Chief Executive Officer of Spring Consult, Mr. Offei Aferi, said his outfit was excited to be part of the campaign, considering that Ghana stood to benefit greatly if it was successfully executed.

He said peace was an essential commodity that ought to be protected, sustained and built upon, saying that without it, there was no way the country could thrive.

“If an economy is not sound, businesses cannot thrive. People have invested heavily in this country and without peace they are going to lose their investments. We believe that elections are for national development and, therefore, they must not be undermined, which is why Spring Consult has partnered the GCGL to promote peaceful elections in Ghana,” he said.

Mr. Aferi urged politicians and their supporters to think about Ghana first and not be selfish in their quest to attain power by whatever means.