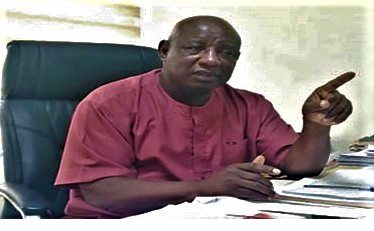 The Ghana Private Road Transport Union (GPRTU) has denied allegations that the union has a deal with waste management company, Zoomlion Ghana Limited, to impose a towing insurance service on members of the union.

"We have no interaction with Zoomlion in connection with our life-saving and innovative towing insurance, and never will.

Indeed, we are aware that Zoomlion's business is waste management, and so our connection with them is purely waste collection and nothing else," the statement stated.

A statement issued and signed for the General Secretary of the union, Godfred Abulbire, last Friday, said the said allegations must have originated from "ignorant and treacherous" individuals.

It added that persons who were behind the false publications were only engineering the "wild allegation in an effort to spark an unnecessary uproar within our rank and file".

The union called for an unqualified apology and a complete retraction of the allegation by any individual or media organisation who originated the publication to bring peace and encourage people to support the towing initiative.

"All such people and media organisations should apologise and retract what has been said, or we will advise ourselves," the union stressed.

The GPRTU added that it had done broader consultations among its members and got the approval of the National Executive Council (NEC) before rolling out the initiative.

"Over the years, we have taken decisions that have kept our union together without membership ballot.

It is, therefore, unfortunate that someone would want to stir the settled mud within our rank and file for his personal aggrandisement even when it is obvious we meant well for every Ghanaian," the statement added.

The union observed that against the backdrop of 1,300 persons being killed in road accidents in Ghana between January and June this year, it found the towing service a good step to reduce the crashes.

The union noted that some of those crashes were largely associated with stationary vehicles on the road, as reported by the National Road Safety Authority.

It added that the fact that 8,000 people sustained various degrees of injuries during the same period added to the compelling evidence for a road towing service.

The union stressed that because of the seriousness it attached to the towing project, members would not be allowed to load from their stations if they failed to subscribe.

"We have launched an app to aid our members easily get access to towing vehicles in times of need at anytime and anywhere, and the over 2.6 million vehicles operated by our members shall subscribe to the initiative through the app, with details of their vehicles," the union stressed.

The union directed that effective October this year, all of its drivers were required to subscribe to the mandatory vehicle towing system.

The new towing system, which is being rolled out in partnership with the Road Safety Management Service Limited (RSMSL), a private entity, allows drivers to subscribe to an online application to deliver the service.

The contractual agreement between the GPRTU and RSMSL requires vehicle owners to pay annual subscription fees depending on the type of vehicle.
Per the payment regime, taxis will be charged GH¢50; trotros, GH¢80; long buses, GH¢300; and articulated trucks, GH¢500.