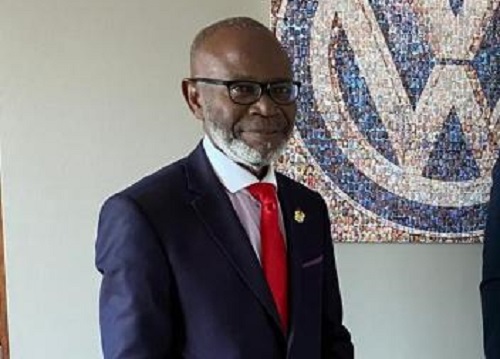 The government has not yet taken a decision on the evacuation of stranded Ghanaians abroad, a Deputy Minister of Foreign Affairs and Regional Integration, Mr Charles Owiredu, has said.

However, he said the government had collected a substantial amount of data on such persons from 63 missions abroad and the process was still ongoing to facilitate any such decision and other support they might require.

Although the deputy minister, who spoke at the government’s briefing on the national COVID-19 update in Accra yesterday did not give figures, the Daily Graphic gathered from the Ghana Mission in South Africa that about 230 Ghanaians were stranded in that country as a result of the international travel lockdown.

In a video chat with the Daily Graphic from his base in Pretoria yesterday, Ghana’s High Commissioner to South Africa, Mr George Ayisi-Boateng, said most of the stranded persons were prepared to bear the cost of their flights back home.

Fortunately, most of the stranded Ghanaians already have return tickets,” he added.

At yesterday’s news conference in Accra, the Deputy Foreign Minister emphasised that most of the stranded Ghanaians were itching to return home, and were ready to foot the bills.

“We are aware that most stranded Ghanaians abroad want to come and some are ready to foot their bills, but, we don’t have a decision to bring in all Ghanaians; the decision was to permit the bringing in of only those in Kuwait as requested by the government of Kuwait,” he said.

He said stranded Ghanaians abroad had been put into cohorts in which they would be brought in if a decision was eventually taken.

Mr Owiredu explained that the acceptance of those from Kuwait was the first in a series and if a decision was taken, the other groups would be brought in according to their groupings as well.

The deputy minister said the stranded Ghanaians abroad had been put into four phases in which they would be brought in if a decision was eventually taken.

Mr Owiredu mentioned the phases as those who arrived from Kuwait as the first, and those who travelled on their own and got stranded but are willing to pay for the cost of the flight back home and cost of quarantine in Ghana as the second phase.

He explained that those who travelled on behalf of the government, and are working with government agencies and went out there for conferences, as well as students who are on scholarships and have finished their studies as phase three.

For phase four, he said it involved people who travelled on their own but had used the monies on them and were “now broke and now they are destitute and even if you provide an aircraft they cannot pay.”

He said so far, all the 230 Ghanaians deported by the Kuwait government for living in that country illegally had been put in compulsory quarantine and would be tested twice for COVID-19 to be sure they were negative before allowing them to mingle or join their families.

In South Africa, reports indicated that hundreds of foreign nationals who were trapped in that country due to travel restrictions had since April, left the country as their governments negotiated repatriation flights.

Mr Ayisi-Boateng said based on directives from the Ministry of Foreign Affairs and Regional Integration, the Pretoria Mission had compiled and submitted the names of the stranded Ghanaians to the Ministry “ and we are waiting for further directives.”

In line with the COVID-19 National Fund which was set up by President Nana Addo Dankwa Akufo-Addo, the Pretoria Mission, according to the High Commissioner, had also set up an Emergency COVID-19 Fund to support Ghanaians in South Africa overcome some of the challenges brought on them as a result of the outbreak of the disease in that country.

“It is working very well. Friends of Ghana in South Africa and Ghanaian associations have donated to the fund. Even two Ghanaians living in Ghana donated 20,000 rands and 10,000 rands to the fund,” he said.

Mr Ayisi-Boateng stated that the Mission had purchased food items which were being distributed to Ghanaians across the country.

On Saturday, March 21, President Akufo-Addo announced the closure of the country's borders effective Sunday, March 22, for a period of two weeks to limit the spread of the COVID-19 outbreak in the country.

On Friday, May 1, the President announced the extension of the closure of the country's international borders to Sunday, May 31.

This, coupled with other countries also imposing travel restrictions, had caused a number of Ghanaians who travelled outside the country for various reasons to be unable to return home.