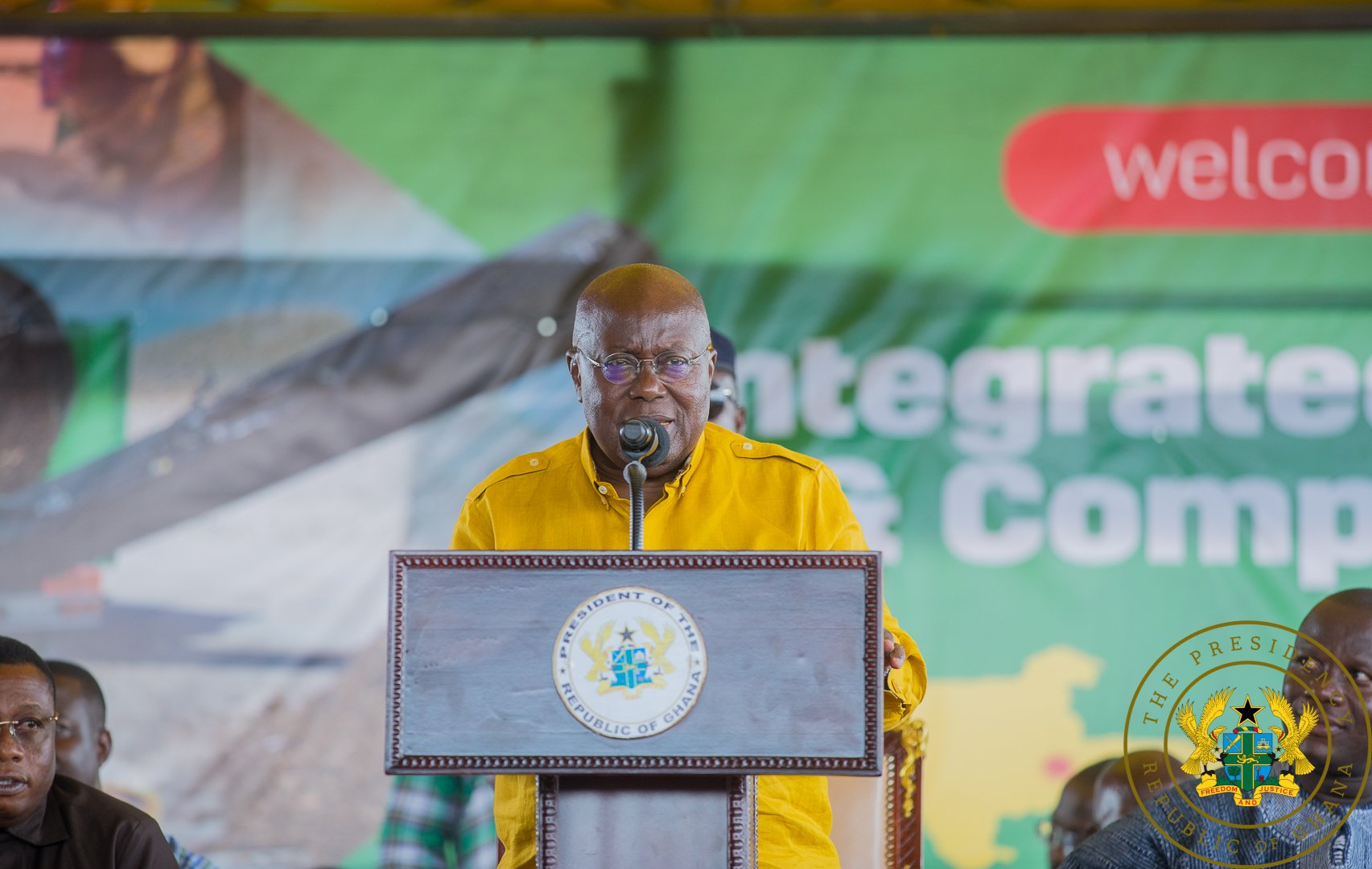 President Akufo-Addo addressing a durbar during his tour of the Savanna Region
30.5k Shares

He said the government would continue to pursue such policy amid the difficulties to affect all of the Ghanaian society without discrimination.

He, therefore, charged the citizenry to remain resolute and continue to support the government to deliver on its mandate.

President Akufo-Addo said this when he addressed a durbar of chiefs and people at Yapei in the Central Gonja District to wrap up his two-day tour of the Savannah Region.

He said all the programmes and interventions that the government had rolled out were meant to benefit every citizen of the land without discrimination.

He urged the people, particularly the youth, to take advantage of the interventions initiated by the government to improve their livelihood and lives.

The Paramount Chief of the Kusawgu Traditional Area, Kusawguwura Alhassan Soale Bonyanso II, in a speech read for him by the Chief of Yapei, Yapeiwura A.B.T. Zakaria, lauded the government for initiating a number of projects that were impacting positively on the lives of the people in the area.

He, however, appealed to the government to consider expanding the Kusawgu water project to Yapei to provide potable water for the people.

Earlier, the President paid a courtesy call on the Paramount Chief of the Wasipe Traditional Area, Wasipewura Mumuni Kabasagya, at his palace in Daboya, the Central Gonja District capital.

He indicated that roads in Daboya township roads and other major road projects in the district had been awarded on contract, and that work was expected to commence on them soon.

Aside from the new projects on contract, President Akufo-Addo said, "a total of 24 road projects have been completed, and 135 projects were ongoing in the region".

On the delayed construction of the Daboya Bridge, he reiterated the government's commitment to construct the bridge over the White Volta to serve as an alternative route for travellers from the north to the south, and from the Savannah Region to the Upper West Region.

"The bridge over Daboya is going to be done, and I am confident that when I come back next year, it would have been done," he assured the people.

In 2017, the government announced the construction of a bridge over the White Volta at Daboya to link the Northern Region to the Savannah Region.

When constructed, the 300-metre-long bridge, spanning the White Volta River, will be a critical link in the commercial and everyday life of people in the eastern parts of northern Ghana.

However, since the announcement, nothing has been done about it.

Wasipewura Kabasagya noted "We are reaping benefits from your road projects. Although the road projects have not been completed, vehicles can now move in the district and food crops are no longer wasting away on the farms. Market women are also able to go about their businesses".

He also appealed to the government to absorb a newly established college of education in the area into the public system and provide it with the resources and infrastructure to expand to accommodate and train teachers.

Before ending his tour of the Savanna Region yesterday[August 25, 2022], President Akufo-Addo inspected some ongoing Agenda 111 hospital projects and road infrastructure also under construction.