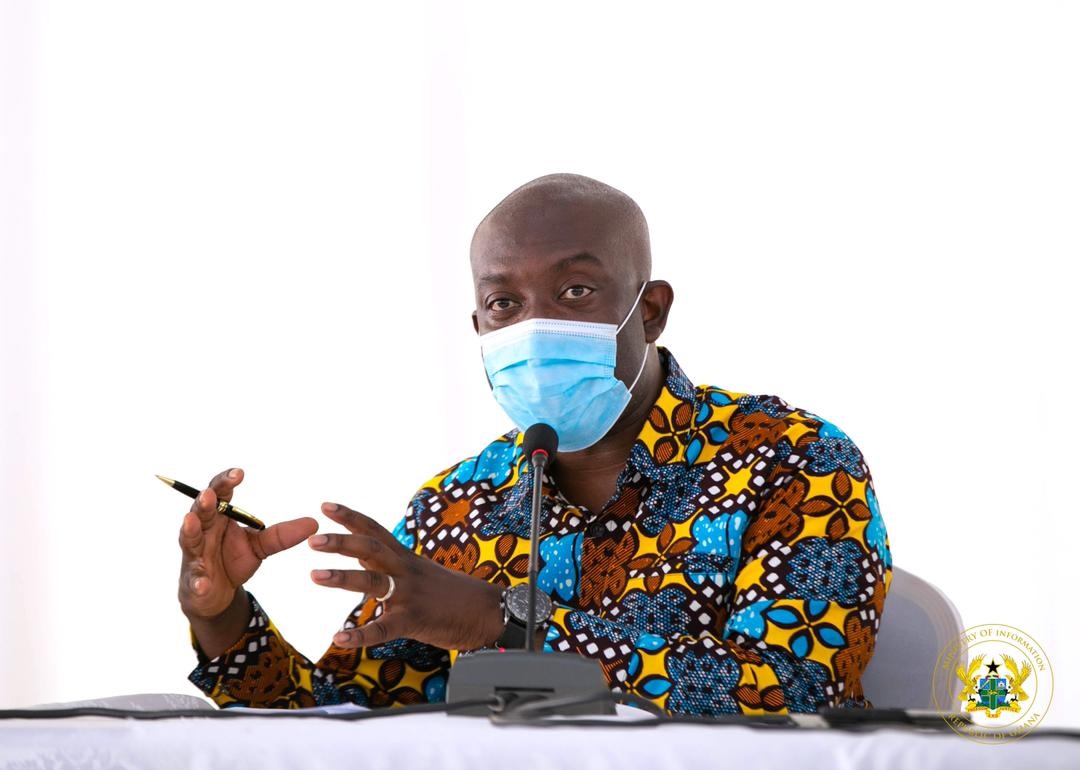 The government will implement a robust economic recovery programme in its second term to direct the economy back on track from the devastation caused by the COVID-19 pandemic.

The broad programme is the key pillar on which the government of President Nana Addo Dankwa Akufo-Addo’s second term agenda is hinged.

"It is a priority because without it, there is little foundation on which we can build the transformation agenda that we all desire," the Minister of Information, Mr Kojo Oppong Nkrumah, said at the Ministers’ Press Briefing at Peduase yesterday after a three-day Cabinet retreat at the Presidential Villa, Peduase Lodge, in the Eastern Region.

The information minister said the shocks caused by the COVID-19 pandemic on the economy had been so severe that there was the need for attention to be paid to its quick recovery, especially on the macroeconomic fundamentals.

According to him, Cabinet had approved the programme aimed at the quick recovery of the economy which would be captured in the President's State of the Nation Address (SONA) to be delivered today and in the 2021 Budget Statement to be delivered by the Leader of Government Business in Parliament, Mr Osei Kyei-Mensah-Bonsu on Friday.

Mr Oppong Nkrumah said before the COVID-19 pandemic, the country was on a smooth rise from 2017 to 2020, improving in various areas such as Gross Domestic Product (GDP) growth, macroeconomic stability and specific development programmes.

"The effect of the pandemic, among other things, has been a sharp reversal in the macroeconomic and fiscal gains that we were making up until the pandemic. This week, the government has two major events, the SONA and the budget that are expected to kick off the 2021 programme," he said.

Mr Oppong Nkrumah added that "a key thread that will be found in both is a strong focus on the post-COVID-19 recovery programme aimed at enabling the economy to return to its previous successes".

“It is true that our debt-to-GDP ratio as a result of the COVID-19 response programme has gone beyond our desirable numbers because as you are aware, we were projecting about six per cent growth, we had to come down to 0.9 per cent because of the interventions that slowed down the economy.

“When the economy slows down and the revenues are not coming, government revenues would be where you may not want them to be. Maybe the GRA may meet their target. At the same time, you are having to spend a lot more of money on the COVID-19 response programme so the deficit position is not where you want it to be as well and it does not mean you are HIPC,” he said.

Mr Oppong Nkrumah said the President had been clear in his mind to focus on building a strong collaboration among his ministers so that they could get a higher synergy from the work they would be doing as individuals so that they could approach their work with a sense of urgency to deal with the issues that had bedevilled the various sectors of the economy.

The President, he said, was prioritising the post-COVID-19 recovery programme as one of his major focal points ahead of the SONA and the budget.

In response to the focal points of the economic recovery programme, Mr Oppong Nkrumah said among other things that there was the need to look at the best means of mobilising more revenues to tackle the challenges that had been brought on by COVID-19.

“It is important to look at the best ways of mobilising revenues to tackle the challenges that we have. But the President is also mindful not to burden the population that has already had its own difficulties because of the COVID-19 pandemic,” he explained.

The minister of information expressed the optimism that the final measures that would be announced on Friday would be the fine lines between raising more revenue without burdening the population, adding that “it is a mix of measures, and the details will be announced later”.