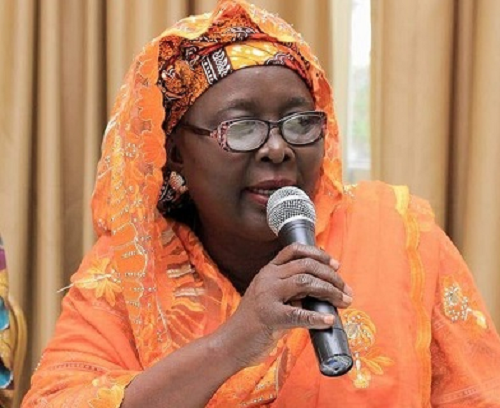 The government is putting measures in place to ensure that markets in the country have proper management systems, including trained fire wardens and adequate security, to forestall fire outbreaks and other such disasters.

Apart from preventing the incessant fire outbreaks in markets, a proper system will also contain them when they do occur and also ensure that items are salvaged, in such circumstances, before the intervention of fire personnel.

The Minister of Local Government and Rural Development, Hajia Alima Mahama, announced this after touring the Kaneshie Market Complex and the Odawna Market in Accra yesterday.

On Thursday, November 17, 2020, fire destroyed the entire Pedestrian Mall at the Kwame Nkrumah Circle at Odawna, reducing the wares of more than 2,000 traders to ashes.

And on December 15, 2020, fire again razed down many shops at the Kantamanto Market, also in Accra.

Hajia Alima said the disorganised environment at some of the markets could be the cause of most of the fires, adding: “It is important that we look at our market system and provide effective management and fire wardens for quick response.”

She said as part of the project, there would be the rewiring of the markets because it had been established that electrical faults were part of the causes of fires in the markets.

“The Kaneshie Market has a proper management committee that is well organised. It collects dues, has trained fire wardens and proper security and so when there was fire on the second floor last Saturday, the wardens were able to ensure it did not spread — only nine shops were affected,” she said.

According to the minister, the victims had been relocated to new shops within the complex, while the management of the market and the Accra Metropolitan Assembly had commenced a process to provide them with funds to enable them to continue with their businesses.

At Odawna, she said, plans were advanced for the Korle Klottey Municipal Assembly to put up concrete structures in the market.

Hajia Alima said following the visit by President Nana Addo Dankwa Akufo-Addo to the market after the fire incident, he directed both the Microfinance and Small Loans Centre (MASLOC) and the National Board for Small Scale Industries (NBSSI) to dispense funds to victims to restart their trade.

The Greater Accra Regional Fire Commander, Deputy Chief Fire Officer (DCFO) Mr James E. Quao, explained that the Kaneshie Market fire could not spread and cause extensive damage because fire wardens in the market were trained by the Ghana National Fire Service on how to contain fire, among other exercises.

He said before his men could arrive at the scene, the trained wardens had undertaken some first aid containment measures that ensured that the fire did not spread.

Mr Quao urged the management of other markets in the country to emulate the example of the wardens of the Kaneshie Market to prevent fires.