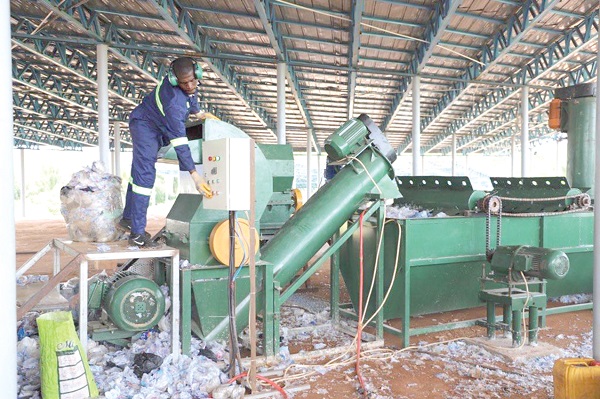 President Nana Addo Dankwa Akufo-Addo has stressed the government’s commitment to achieve the 10 per cent renewable energy penetration into the energy mix by 2030.

He said the government would continue to engage stakeholders to come up with innovative and sustainable projects toward the realisation of that target.

Inaugurating the hybrid waste-to-energy power treatment plant at Gyankobaa in the Atwima-Nwabiagya South municipality in the Ashanti Region last Tuesday, the President said that objective was achievable.

In a speech read on his behalf by the Minister of Environment, Science, Technology and Innovation, Dr Kweku Afriyie, the President said the new plant at Gyankobaa was a manifestation of the government’s efforts to pursue reliable and sustainable alternatives to hydro and thermal energy generation for the country.

The 400-kilowatt production facility, known as the Hybrid-PV- Biogas-Pyrolysis-Plant, will convert 12 tonnes of waste into bio-fertiliser and energy daily and this will help farmers in the area have access to organic manure for their farms.

The power generated will consist of 200KW from solar, 100KW from biogas and an additional 100KW from the pyrolysis of plastic waste.

When the entire project is completed, it will also serve as a training centre for waste management and solar energy sourcing, provide training for 17 master’s degree students and four Ph.D students at the University of Energy and Natural Resources(UENR), the Kwame Nkrumah University of Science and Technology (KNUST) and the Kumasi Technical University (KsTU), all supporting partners of the project.

President Akufo-Addo said the project, the first of its kind in West Africa, would help close the communal carbon cycle by developing the value chain of the process with the production and utilisation of compost.

“The hybrid waste-to-energy project has come at a time when major cities like Accra and Kumasi are facing dire challenges in finding final dump sites. Indeed, the highlight of this project, for me, is the utilisation of municipal waste for the generation of power which could be the sustainable alternative for curbing the waste management challenges facing metropolises, municipalities and districts (MMDAs) in Ghana,” he stressed.

The President said the manufacture of compost, which would be sold to farmers to boost agriculture, would help cut down on mineral fertiliser, while improving the soil structure and also contributing to Ghana’s climate change mitigation strategy.

Mr Krull said the German government was committed to partnering Ghana to realise its set out goals on penetrating the energy mix through renewable energy by 2030.

Funded by the German government through the Federal Ministry of Education and Research, the hybrid waste-to-energy power plant is estimated at €6.2 million.

A four-year contract period signed between the two countries will see it being extended across the country in the near future.

This is in fulfilment of a promise made in July 2019 by the German Minister for Education and Research, Ms Anja Karliczek, who announced at a West Africa Science Centre in Climate Change and Adapted Land (WASCAL) Ministerial Conference in Accra that the German government would support Ghana to convert over 12,000 tonnes of the waste generated daily into energy and fertiliser to help protect the people from excessive pollution, health hazards and climate change.