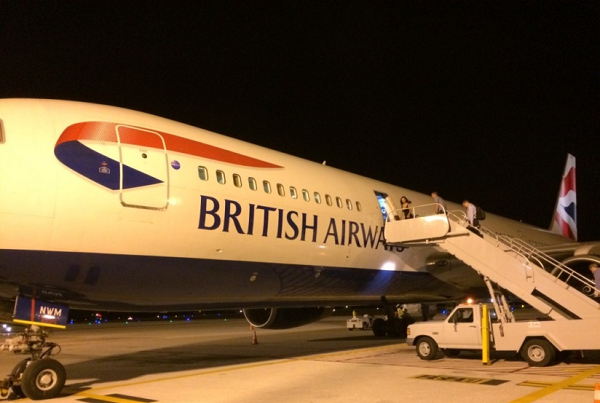 The government has rejected a decision by British Airways (BA) to move its Ghana services from the Heathrow Airport to the Gatwick Airport.

The airline’s decision means that all London-Accra-London bound BA flights will originate and terminate at the London Gatwick Airport.

A statement issued by the Ministry of Aviation in Accra yesterday said it had received notification from the management of BA that the airline had taken a decision to operate its Ghana services from the Gatwick Airport, instead of the Heathrow Airport.

“It means that all London-Accra-London bound BA flights will originate and terminate at Gatwick, instead of Heathrow,” it said.

BA’s communication further said the new schedule was expected to start in the forthcoming summer.

“Following this, the Ministry of Aviation convened a meeting at the instance of the then Minister, Mr Joseph Kofi Adda, to discuss the matter and register its displeasure about the way and manner the decision was being taken without due consultation with the Ghanaian authorities,” the statement said.

It added that at the meeting, the BA team promised to provide further information and data analysis to support its reasons for the changes in its services from Heathrow to Gatwick to enable the government of Ghana to take a final decision on the matter

“However, the airline team is yet to provide any information, as promised,” it said.

Consequently, the statement said, it sent a letter to the BA authorities, rejecting the changes.

“For the avoidance of doubt, we are unable to accept the change in the London-Accra-London flights originating from the Gatwick Airport,” it said.

It said the ministry was engaging with the management of BA to ensure that its Ghana services from London originated and terminated at the Heathrow Airport.

The Heathrow Airport was, until 1966, called the London Airport.

It is one of six international airports serving the London region.

The airport facility is owned and operated by Heathrow Airport Holdings.

Heathrow lies 23 km west of Central London and has two parallel east–west runways, along with four operational terminals, on a site that covers 12.27 square kilometres .

The airport is the primary hub for BA and the primary operating base for Virgin Atlantic.

It is the second busiest airport by total passenger traffic in the UK, after Heathrow.

Gatwick opened as an aerodrome in the late 1920s; it has been in use for commercial flights since 1933.

In 2018, 46.1 million passengers passed through the airport, a one percentage increase over 2018.