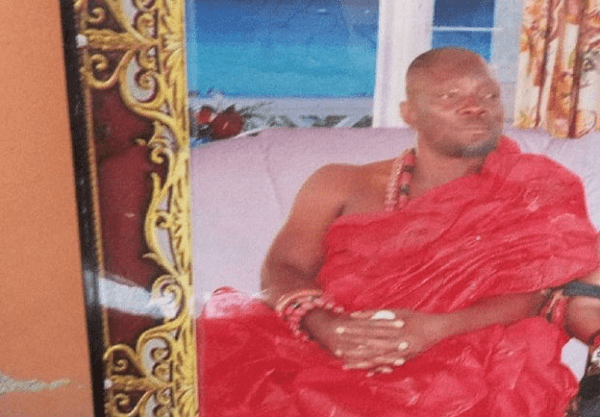 The Gyaasehen of Gomoa Akramang in the Gomoa East District of the Central Region, Nana Egyir Ahor I, has been shot dead in a suspected reprisal attack incident.

The incident happened Monday morning at "Tipper junction" in Akramang.

The Chief linguist of the town, Nana Adu, confirmed the incident and said the traditional authorities were meeting on the incident.

According to the police, Nana Egyir Ahor I was attacked by a mob from the Akramang community after he allegedly shot and injured someone in the community on Sunday evening.

She said the police proceeded to the scene only to find the body of Nana Egyir Ahor in a pool of blood in front of his house.