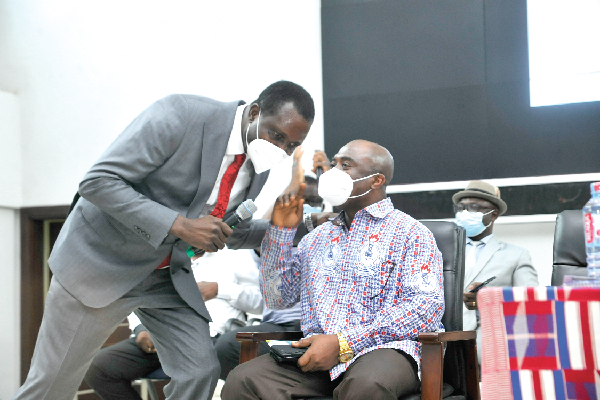 The 90th anniversary of the Ghana National Association of Teachers (GNAT) has been launched in Accra, with a commitment by the Ministry of Education to create a desk for teacher unions to help address their grievances for industrial harmony.

The desk will provide responses to teachers’ concerns and also deepen dialogue between the unions and the government, as part of measures to transform the educational sector.

The Minister of Education, Dr Yaw Osei Adutwum, who announced this at the launch yesterday, further explained: “I am setting up the desk in the minister’s office; which means there will be somebody in my office to deal with union matters at any point in time, somebody who will give you daily and weekly updates on what is happening on issues concerning the unions.”

The minister said his outfit would not be able to deliver without the active support of the unions, adding: “We are going to meet and dialogue on all the things you want to see us do. I will share my vision with you and close the gap between us, so that we can all be on the same page of transforming education in this country.”

The anniversary is on the theme: “Surviving as a reliable and vibrant teacher union in the 21st century”.

A series of activities have been lined up for the event, while representatives of the association in the various regions will also come up with their own programmes.

The Minister of Employment and Labour Relations, Mr Ignatius Baffour-Awuah, said 90 years in the life of an organisation was no mean an achievement.

“For GNAT to survive 90 years, I think, is worth celebrating,” he added.

He paid tribute to past and current members of the association, while urging other teacher unions to work together as an entity to achieve the common objectives of their rank and file.

The President of GNAT, Ms Philippa Larsen, mentioned the achievements chalked up by GNAT over the last nine decades to include unionising over 75 per cent of teachers at the pre-tertiary level of education, serving as the mouthpiece of teachers, spearheading the implementation of a study leave policy for teachers, organisation of professional training and workshops, negotiating for increases in salaries and better conditions of service, working with the government to implement distance education and sandwich programmes, as well as a three-semester University of Cape Coast degree programme.

She, however, said in spite of the successes, the association also encountered challenges, such as splinter teacher unions, low female participation in decision making and poor and unattractive working conditions of teachers.