Give Abraham Attah a chance 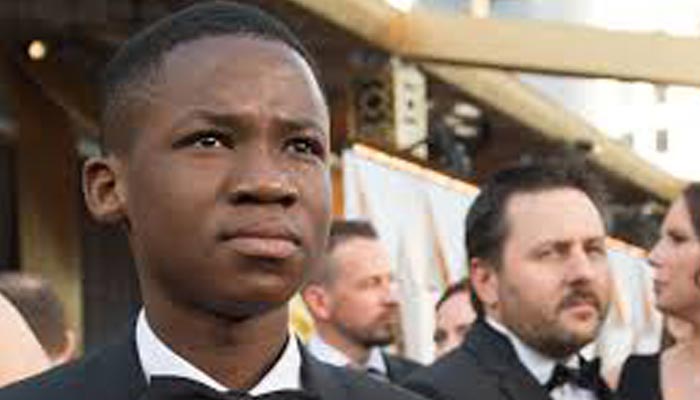 THE manager of US based young actor, Abraham Attah, Mawuko Kuadzi has dismissed criticism from certain quarters describing the appointment of the Beast of No Nation star as the ambassador and face of for the free SHS project to be rolled out by government as inappropriate.

He has rather asked Ghanaians to give Abraham Attah a chance to perform the role because he is an appropriate ambassador for the project and is perfectly capable of carrying the mandate.

Talking with Showbiz on Friday, Mawuko who is currently in the US for the premiere of the new Spiderman movie in which Abraham Attah stars said the international appeal of Abraham Attah’s brand and previous humanitarian projects make him an ideal ambassador for the project.

“For a young boy of his age to achieve the heights he has now is remarkable. The Ministry of Education knows what they saw in him and know he is perfectly capable of spearheading this project.
“ Abraham Attah has always been concerned about the welfare of other kids in the country and in line with this, he collaborated with shoe manufacturer, Toms, to bring 10,000 shoes to needy Ghanaian students,” he said.

Responding to threats of a demonstration from the National Union of Ghana Students(NUGS), Mawuko said he was unaware of such a demonstration but asked Ghanaians to give Abraham Attah a chance adding that there was the need to support each other to see the success of the project which will be beneficial to the entire country instead of trying to put impediments in the way.

The Minister of Education, Matthew Opoku Prempeh, recently outdoored Abraham Attah as an ambassador and the face of the free SHS project, a move which has drawn sharp criticism from the National Union of Ghana Students (NUGS) who have threatened a nationwide demonstration to protest the action.

“At the press briefing to announce the appointment, the Minister could not adequate explain how Abraham Attah would function as an ambassador considering he is schooling in the US and will leave the country shortly,” he said.

Malik Basintale questioned why government would have chosen Abraham Attah who is currently schooling outside the country rather than students from the National Science and Math Quiz or some winners of the National Excellence Award.

“We need an ambassador who will be representative of the Ghanaian student and who should be schooling in the country. There was a recent story about a 40-year-old woman who has managed to secure admission to SHS, what better ambassador of the free SHS project can there be?”, he questioned.

Malik Basintale told Showbiz NUGS is waiting for a response to a letter they had written to the Ministry of Education after which they would decide their next course of action.
He added that the action of the Minister of Education was also under review by the Parliamentary Select Committee on Education, who have summoned the Minister to explain his decision.