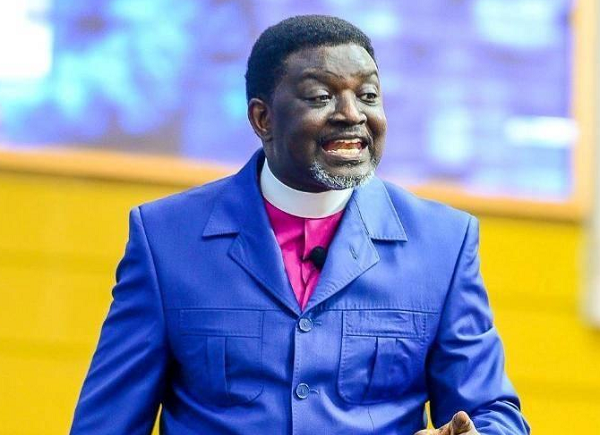 The Founder and Head Pastor of Perez Chapel International, Bishop Charles Agyin-Asare, has expressed the belief that Ghana will continue to enjoy a strong and stable democracy in spite of some coup d’etats in some African countries.

That, he said, was premised on the fact that the government had displayed an unrelenting resolve to hear the plight of the citizenry and address them.

“In Ghana, we don’t need a coup because our politicians sometimes listen to our complaints and uproar as a people. When we said there were too many ministers, they cut it down. We also cried that we cannot pay the First and Second Lady and they listened to us,” Bishop Agyin-Asare said.

He stated that when the Greater Accra Regional Minister, Mr Henry Quartey, joined the church yesterday to worship with them.

His visit was also to call for the support of the church to ensure the realisation of the “Let’s Make Accra Work,” initiative.

He was in the company of some Municipal Chief Executive Officers, as well as other political figures.

However, Bishop Agyin-Asare urged the political class not to give the citizenry the impression that they entered into politics to enrich themselves.

He said most of contemporaries in the West entered into politics because they wanted to contribute their wisdom and leadership competence to move their nations forward.

He noted that when politicians display high level of opulence within the few years of their stay in power, the Ghanaian might begin to think politics was purely a money-making enterprise whereas that might not be the case.

The bishop further commended the regional minister for his efforts in making sure sanity and discipline prevailed in the region.

He recounted that there had been several good initiatives by the government that faded with time because the system had been compromise with politics.

For his part, Mr Quartey expressed his gratitude to the bishop and the congregant for their continuous prayers and support.

“My attention was drawn to one of the sermons where Bishop commended me and I’ve also heard that the congregant also continue to pray for me and I’m much pleased that the church had recognised my effort,” he said.

The minister indicated that he alone didn’t have the strength to bring sanity into the region, adding that for the vision to be achieved, everyone had to be on board.

“When people travel outside the country, the first thing they do is to take a selfie because of the beautiful environment over there but what is at those places that we cannot do here if we remain focus,” he quizzed.