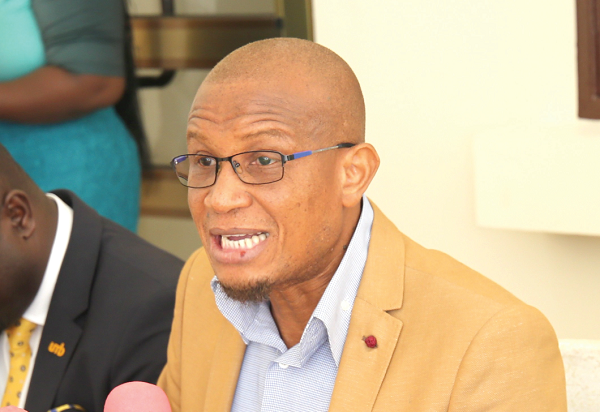 The government has reiterated that the defence cooperation agreement (DCA) between Ghana and the United States of America (USA) does not allow the US to build a military base in Ghana.

It said the US government had not requested to build a military base in Ghana.

The further clarification on the agreement has been necessitated by rampant misinformation that continued to circulate regarding the agreement, regardless of the numerous in-depth explanations given by the government.

A statement signed by the Minister of Information, Dr Mustapha Abdul-Hamid, and issued by the government in Accra last night said the DCA was the legal framework that would govern the ongoing security cooperation between Ghana and the US.

It further stated that the principle of reciprocity between the two nations applied to provisions such as immunity and shipments.

However, it said the US and Ghana had been conducting bilateral and multilateral training activities in Ghana for more than 20 years and the establishment of the expanded legal framework between both countries could facilitate their collaboration on regional and global issues

“The US has a significant number of DCAs with countries around the world, including European, Asian and African partners,” it said.

DCA not in exchange for money

Speaking to the Daily Graphic to provide further clarification, Dr Abdul-Hamid debunked allegations that the agreement was founded on the monetary benefits involved.

He explained that the US had been supporting Ghana financially long before the defence agreement was proposed.

He underscored the need to recognise the fact that the DCA was not signed in exchange for money.

“Ghana and the US have been having monetary assistance agreements for a long time, including agreements, that led to the signing of the Millennium Challenge Compact that built the George Bush Highway in Accra.

“We wish to assure the  people that the government will only act in the best interest of the Ghanaian people,” he said.

The object of the defence agreement is to set forth a framework for enhanced partnership and security cooperation between the US and Ghana, with the aim of strengthening their defence relationship .

Parliament, on March 23, 2018, ratified the agreement between the governments of Ghana and the US.

At a press conference recently, the Minister of Defence, Mr Dominic Nitiwul, had said the US government was making the request based on earlier memoranda signed in February 1998 and April 2015 which were binding on the two countries.

Since the defence cooperation became public, it had generated disagreements between the government and the main opposition party, the National Democratic Congress (NDC).