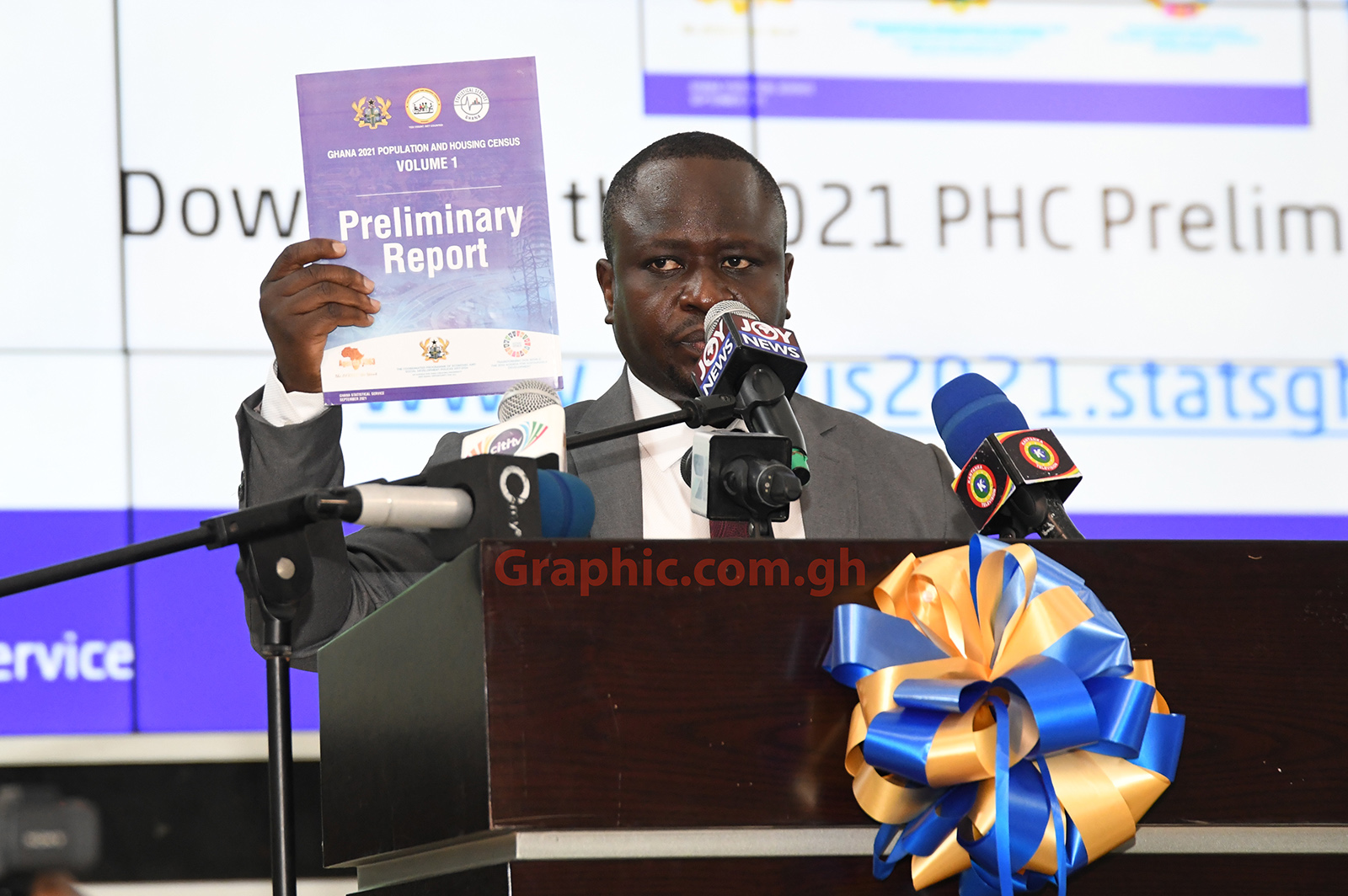 Prof Annim said the country had recorded a decrease in the national housing deficit which has dropped by 33 percentage points (over 1.8 million units).

Presenting the 2021 Population and Housing Census on Thursday [February 24, 2022] in Accra, Prof Annim said the decrease could be attributed to interventions in the housing sector by the government and private developers.

However, he said the findings by the Ghana Statistical Service did not consider the quality and affordability implications of the decrease.

"One area that has attracted a lot of policy concern is housing deficit. Since our independence in 1960, we have seen an upward trend in the housing deficit inching up over the last 50 year period from 1960 to 2010 from a figure 1 million to 2.8 million.

"For the first time, we've seen a reversal in the housing deficit by 33 percentage points, this points to possibly some of the interventions that are happening both from the governmental point of view and the private sector point of view.

"We are happy that some interventions are happening but we are short of the fact that this analysis does not provide us the quality implications and the affordability implications of these housing units".

He said the number of dwelling units increased nearly three-fold to 10,006,420 units since the first Population and Housing Census in 2000.

The report also stated that vacant dwelling units constitute 12.7 per cent of all dwelling units, and is more prevalent in rural (14.9%) than urban (11.1%) areas.

Reacting to the findings contained in the report, the Minister for Works and Housing, Mr Francis Asenso-Boakye lauded the Ghana Statistical Service for gathering data that would serve as the basis for planning, monitoring, and evaluating housing conditions within the context of the Sustainable Development Goals (SDGs).

"As presented today, the Census data allows for the assessment of housing stock, determination of housing deficit and appraisal of the quality of housing conditions geared towards improvement of lives at various levels of development," Mr Asenso-Boakye said.

"The Ministry of Works and Housing counts so much on the rich data emanating from the 2021 Population and Housing Census to address the housing challenges in the country to move forward with our sectorial policies and programmes. As a first step, we would work with GSS for the estimation of regional and district-specific housing deficits that account for variation in household size across the different administrative units".

He also mentioned that, beyond looking at the overall housing deficit, the Ministry's next interest was to dig further and look into the quality of housing.

"As we are all aware, the use of unconventional structures such as kiosks and metallic containers as housing units is on the rise and constitute about 21.3% of our housing stock, according to the Provisional Results, that was released last year. Ensuring all persons in Ghana have access to quality housing will require a multi-sectoral effort, given its relevance to other sectors, as I am sure that my Honourable Co-Chair, from the Ministry of Sanitation and Water Resources, will agree".

Read the highlights of the report below;